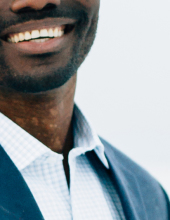 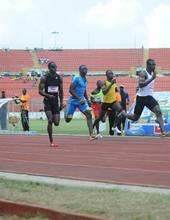 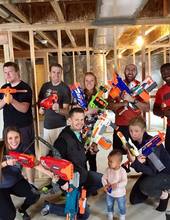 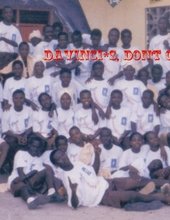 In Memory of
Allah
Laryea-Akrong
1983 - 2018
Click above to light a memorial candle.

I remember Allah as a go-getter. Always willing to learn and do what he could to help the team. One thing that brought Allah and I closer is we were building a house about the same time. He decided to design and build his own house, which I thought you have got to be crazy doing this on your own it is hard enough letting someone else build it. We spoke quite a bit about different construction items and design ideas. When Allah was first diagnosed I figured that the house would not continue to be built and little did I know he continued to work on it. Even after treatments at the hospital he still continued to do what he could to build the house for his family. It just goes to show the level of determination he had and the strength he continued to have. Allah will forever be missed here at work as his cheer was so contagious and he always had a smile on his face. Rest easy Allah till we meet again.
Posted by Chase Anderson
Tuesday December 4, 2018 at 10:39 am
Prev - Story 2 of 3 - Next
Recently Shared Condolences
Leave a Condolence
View All Condolences
Recently Lit Memorial Candles
Light a Memorial Candle
View All Candles
Recently Shared Stories
Share a Story
View All Stories
Recently Shared Photos
Share a Photo
View All Photos