To share your memory on the wall of Barbara Miner, sign in using one of the following options:

She was married and sealed in the Manti Temple to James Edwin Miner. Ed passed away in February
1990. They are survived by their six children, Odell [Dorothy], Oneil [Tamera], Kerry [Jan Henderson],
Vinson [Patti], Jed [Becky], and Hally [Evan Jacobson]; 86 Grandchildren and Great Grandchildren.
Barbara Gene is loved by all who knew her. She was devoted to her eternal companion and dutiful in
nurturing their children. She insisted each become proficient academically and musically enabling them to
contribute wherever life's experiences might take them. She was a dedicated, faithful member and
Temple Worker in The Church of Jesus Christ of Latter-day Saints.

After her children were raised she studied and developed a passion for landscape artwork. Her paintings
grace the homes of her children, neighbors, and many friends. Her culinary skills and hospitality are
legendary. No one who ever visited her home left hungry.

The Family of Barbara Gene extends heartfelt appreciation for the attentive and professional care given to
Mother over the past three years. Staff at Legacy Village, Priesthood Leaders and Relief Society Sisters of
the Quail Ridge Branch, Edgemont Stake, Nurses and Social Workers at Bristol Hospice have addressed
Mother's every need and provided compassionate, exceptional service for which we will be ever grateful.
Read Less

Receive notifications about information and event scheduling for Barbara

Consider providing a gift of comfort for the family of Barbara Miner by sending flowers.

We encourage you to share your most beloved memories of Barbara here, so that the family and other loved ones can always see it. You can upload cherished photographs, or share your favorite stories, and can even comment on those shared by others.

Posted May 31, 2019 at 10:48am
I'm so sorry for your loss! She was a remarkable woman. I always admired her.
My deepest sympathy,
Rene` Sandvik Warnick
Comment Share
Share via: 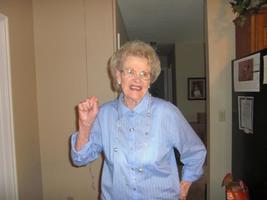 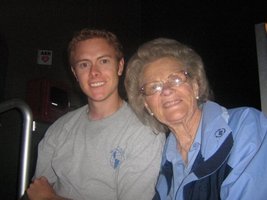