To share your memory on the wall of Benjamin Crawford, sign in using one of the following options:

Print
Benjamin Larry Crawford passed away peacefully at the Central Utah Veteran’s Home early in the morning of February 21, 2020.

Larry was born in Jacksonville, Florida on May 8, 1934 the youngest of 6 children to Robert William and Pea... Read More
Benjamin Larry Crawford passed away peacefully at the Central Utah Veteran’s Home early in the morning of February 21, 2020.

Larry was born in Jacksonville, Florida on May 8, 1934 the youngest of 6 children to Robert William and Pearl (Howard) Crawford. Both sides of his family had spent many generations in the Northeast Florida and Southern Georgia region. Larry was a fun-loving and mischievous child even though the Great Depression was in full swing.

In 1948, at age 14, Larry’s father died of heart problems. As his mother had to take on extra work to make ends meet, Larry spent a lot of time with his older sister, Laurel and her husband, John McCarthy. He always remained close to them both their entire lives, and had great memories and fondness of the bond they forged during these difficult times. Whenever he was in town, Larry always made regular time to visit Laurel and her family.

In 1952, Larry graduated from Andrew Jackson High School, and later that year enlisted in the military, a career which would fill most of the next 24 years of his life. Serving during both the Korean and Vietnam conflicts, Larry was posted at many domestic duty stations, as well as serving tours overseas in Japan, Germany, Thailand, and Turkey. He received training as both a radio operator and a repairman, eventually achieving the rank of Master Sergeant, and supervising other soldiers in electronics repair. In 1976, while serving in southern California and not long after the birth of his third child, Larry retired formally from his military career, and moved his family back to his hometown of Jacksonville.

With the skills he had honed during his Air Force service, Larry obtained employment at St. Vincent’s hospital. Still a relatively young man, Larry embarked on this new career, as the supervisor in the biomedical engineering department. In 1997, after 21 years of service, he retired a second time, this time from a civilian position.

Larry met Kathleen (McRae), the love of his life, in June 1965, and they were married two months later. During their military life, they moved around frequently. Their first child, Robert, was born in 1970 while they were stationed in North Dakota. Later, in 1974, John joined the family in Riverside, California, followed a year later by Deborah (Dee Dee). Larry’s family was always his first priority, and providing for them his most important assignment.

Larry loved to joke around and tease, and he had a great dry wit. He loved playing games with family, and was at his happiest when gathered around a table, playing cards, laughing and talking smack. He was an avid golfer for most of his life. His favorite activity was reading. He never went anywhere without several books, and because of this his education was far greater than the sum of his formal classroom experiences.

Larry is survived by his sister Mary Jo (Crawford) Morgan, Kathleen, his wife of almost 55 years, his 3 children, 13 grandchildren and one great-granddaughter, and numerous nieces, nephews, and their families.

The family would like to offer a very special thanks to the staff and caregivers at the Melvin Sharp Bennion Central Utah Veterans’ home as well as the wonderful staff at Bristol and One Care Hospices for their loving care of Larry and Kathleen.
Read Less

Consider providing a gift of comfort for the family of Benjamin Crawford by sending flowers.

We encourage you to share your most beloved memories of Benjamin here, so that the family and other loved ones can always see it. You can upload cherished photographs, or share your favorite stories, and can even comment on those shared by others.

Posted Feb 25, 2020 at 03:46pm
Uncle Larry like all the Crawford siblings loved to tease his nephews and nieces. He loved to tell jokes and ghost stories. They would do anything to aggravate us. I loved being around the Crawford clan when I was young. Uncle Larry reminded me the most of my dad Bill, the oldest of the siblings.
I pray you know he’s at peace in heaven and take comfort that he’s waiting to see you all again.
May God bless and comfort you.
Lynda Crawford Lee
Comment Share
Share via:
RC

Thank you for your kind words, Lynda
YF 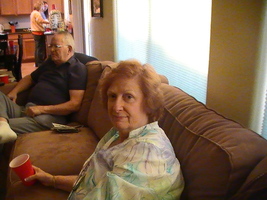 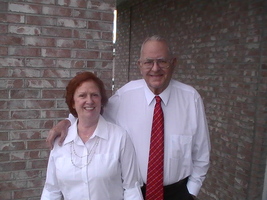 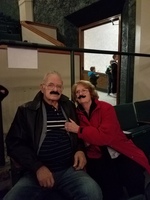