To share your memory on the wall of Betty Shelley, sign in using one of the following options:

She attended North Sanpete High School, where she met her lifelong sweetheart and husband, Dwight. They were married on October 7, 1960, and later sealed in the Salt Lake City temple. Nine years later, they welcomed David to their family and Daniel 18 months later. They raised their family in Springville, Utah, and moved to Spanish Fork in 2017.

She loved her cats, and to feed and watch the birds outside her home, especially the hummingbirds. As an active member of the Church of Jesus Christ of Latter-day Saints, she served in many callings throughout the years, but loved her service with the primary and young women’s most of all. She found her greatest joy in her family. From these joys, she drew inspiration for the many poems she wrote.

Betty is survived by her husband of nearly 60 years, Dwight; sons, David (Rebecca) and Daniel (Amy); sister, Wilma; and sisters-in-law, Marilyn, Gwen, and Karen. She loved her 7 grand children and 6 great-grandchildren. She was preceded in death by both of her parents; her brother, Richard; and sister, Jean.

She will be interred on Friday, July 17, 2020, at a private graveside ceremony for immediate family members due to health concerns.
Read Less

Receive notifications about information and event scheduling for Betty

We encourage you to share your most beloved memories of Betty here, so that the family and other loved ones can always see it. You can upload cherished photographs, or share your favorite stories, and can even comment on those shared by others.

Posted Aug 03, 2020 at 08:59am
Betty and Dwight have been my friends for over 60 years. We doubled-dated and they married two months before Joe and I did. We ended up neighbors in Orem and shared so many laughs, and a few tears together. We kept Betty close when Dwight was in Vietnam. Betty was a warm, loving, genuine friend. She had a great sense of humor. I will miss having her just a text or phone call away. I pray that Heavenly Father will shower His great love and peace of mind upon Dwight and his family. May they feel Betty's presence close to them always. I'll miss you, my sweet friend!
Comment Share
Share via: 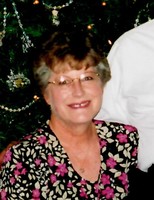