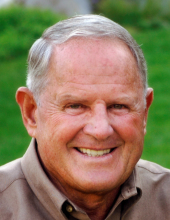 Bob C Wright, a loving husband, devoted father, caring grandfather, and a friend to all, died November 23, 2019, from injuries as the result of a fall while working in his yard, in Provo, Utah. Bob was surrounded by his loving wife, three devoted children, and grandson. He was 75.

Born June 18, 1944, in Heber, Utah to Warren R Wright and Enid May Webster Wright. Bob and his twin sister Betty were a fun surprise for his parents and siblings, as none of them had expected twins! Bob had fond childhood memories of his family and time spent hunting, fishing, and holidays.

Educated at Orem High School, Ricks College, and Brigham Young University; Bob graduated with a Bachelor of Science. He worked with Muir-Roberts Co. for 37 years, most of it as an Area Representative. In his retirement, he worked for Christensen Oil Company as a landscaper. Bob was more than a landscaper; he was a true artist.

In 1965, Bob joined the United States Army Reserve and was called into Active Duty in December 1966, training in Fort Lewis, Washington. At the end of four months, he was given an honorable discharge from the Army Reserve because of ear and hearing problems sustained in childhood.

In 1967, he married Marianne Prince, his high school and college sweetheart. Together they had four wonderful children, Michelle, Chad, Nathan, and Stephanie whom he loved dearly. Bob also found true joy being with his grandchildren and supporting them any way he could. Bob loved attending their football games, rodeo queen contests, taking them fishing, hunting, and camping. The grandkids always knew they could count on Grandpa when they needed a friend or a handful of gummy bears. He was truly a devoted husband, father, and grandfather, all who knew him knew of his love for his family.

A devout member of the Church of Jesus Christ of Latter-day Saints, Bob served in many church callings including in the Young Men’s organizations and Bishoprics. He valued the time he was able to spend this year serving the Lord in the St. George Temple with his wife. Bob was a true disciple of Christ, who showed his love for others in all his deeds and actions. We have been truly blessed by having him in our lives.

Funeral services will be held at 11 a.m. Saturday, November 30, at the Edgemont 4th Ward Chapel, 4056 North Timpview Drive (650 East), Provo, Utah. Family and friends may visit Friday evening from 6-8 p.m. at Nelson Family Mortuary 4780 N. University Ave., Provo, Utah and 9:30-10:45 a.m. Saturday prior to the services at the church. Interment will be held in the Orem City Cemetery.