To share your memory on the wall of Calvin E. Monson, sign in using one of the following options:

Provide comfort for the family by sending flowers or planting a tree in memory of Calvin E. Monson

Provide comfort for the family by sending flowers or planting a tree in memory of Calvin E. Monson

Print
To watch the recording of the funeral services click here: FUNERAL SERVICE

Calvin Eugene Monson passed away peacefully at his home in Provo on No... Read More
To watch the recording of the funeral services click here: FUNERAL SERVICE

Calvin Eugene Monson passed away peacefully at his home in Provo on November 11, 2020 of natural causes. He was 87 years old.

Calvin was born on March 11, 1933 in Pleasant Grove, Utah, the second child and oldest son of the seven children of Alvin Eugene Monson and Electa Smith Toone Monson. He was delivered at home during the depths of the Great Depression in a house with no indoor plumbing--which was not uncommon at that time.

When he was 3 years old, his family moved to American Fork, Utah and he enjoyed the blessing of growing up in a small, close-knit community where he had deep ancestral roots and many lifelong friends. He learned the value of hard work at a young age by milking the family cow, picking beans for 2 cents a pound, blocking sugar beets, and planting and harvesting celery. It was hard, dirty work and the first career decision he made as a young man was not to be a farmer.

His childhood was strongly influenced by America's entry into World War II in 1941. He vividly remembered hearing the news on the radio about the bombing of Pearl Harbor, playing "army" with his friends, and watching the black and white newsreels that always preceded movies in the theaters in those days. He was 7 when the war started and 12 when it ended.

Cal began his formal education at Harrington Elementary near his family's home on Main Street. He could hear the first bell ring from his house and then quickly run to school in time for the second bell. He loved school and always did well in his studies.

In 1946, when Cal was 13, his family moved to a home on North Center Street, within walking distance of the old AF "High School on the hill." He was active in Boy Scouts, took music lessons, played trombone in the marching band, participated in student government, and excelled at sports, including varsity basketball and football. He received all-star honors and a football scholarship to Brigham Young University when he graduated from high school in 1951.

The year 1954 brought an added measure of the guiding hand of Providence in his life. In spite of his mother's life-threatening illness and the limitations imposed on missionary service by the Korean War, he exercised great faith and the way was miraculously opened for him to serve a full-time mission for the Church of Jesus Christ of Latter-day Saints in Australia. He loved being a missionary and remained close to his mission associates for the rest of his life. He was one of several full-time elders in Australia who brought positive attention to the Church by playing on a successful basketball team known as the "Mormon Yankees."

Cal returned home from his mission in 1956, circumnavigated the globe on the way, and stopped for short but memorable visits in some of the great cities of the world. He resumed his studies at BYU and soon met the love of his life, Claudia Sedgwick. They were married on June 20, 1957 in the Los Angeles Temple, and eventually became the parents of 9 beautiful children.

Cal graduated from BYU in 1957 with a degree in political science and went on to earn a Master's degree in Public Administration from University of California, Berkeley in 1961. He then began a career in city management that took the family to Santa Rosa, CA; Ogden, UT; Newport Beach, CA; and, finally, Martinez, CA where he was city manager from 1967 to 1972.

In 1972, Cal made a significant career change away from city government, choosing instead to work for himself as a residential real estate broker. In 1973, he and Claudia moved their family back to his hometown of American Fork where they lived for several years. After a move to Orem in 1980 and a brief time in Northern Virginia, 1982-83, they eventually settled in Provo, ran their own company, Monson Real Estate, and established themselves as a highly successful real estate sales team. Many people in their Provo neighborhood and throughout Utah County and beyond remember receiving their competent and friendly help to buy and sell property.

Cal loved his country and its founding principles and was deeply committed to civic life. He read widely, stayed abreast of current affairs, and was always a committed and well-informed voter. He advocated for causes he believed in and participated actively in the political process as a candidate, campaign manager, and party leader. Cal was a handsome man who was always meticulous in the way he presented himself. His distinguished good looks, combined with his public service, once landed him a part as an extra in a Hollywood film (Legally Blonde, 2) where he can still be seen playing the role of a US Senator walking down the steps of the capitol building (set at the Utah State Capitol).

More important than looks, however, he was a man of honesty and integrity, noble in character as well as demeanor. He was a man not to be trifled with. But those who knew him best also came to understand that his authoritarian persona was a thin veneer covering a tender and sensitive spirit. He was a devoted father who, with his wife, counted their 9 children as the "jewels in their crown." He supported all six of his sons in becoming Eagle Scouts and serving missions.

Because his own parents had fostered his love of classical music, he did the same for his children, adding his love of big band jazz (especially Stan Kenton) and supporting them as they learned to play various instruments, attending their concerts and recitals, and sharing with them his wonderful collection of recorded music. He loved to sing, had a beautiful bass voice, always sang in his ward choir, and promoted singing in his family. He was a terrific dancer. His daughters remember being literally swept off their feet by him at their Daddy-Daughter dates. He took pride in and supported his children and grandchildren in their many achievements.

He was a lifelong member of the Church of Jesus Christ of Latter-day Saints, always active and willing to serve faithfully in every calling he was given including being a bishop twice, a bishop's counselor, high councilor, seminary/institute teacher, gospel doctrine teacher, ward mission leader, home teacher, and temple ordinance worker.

He loved his ancestors, participated actively in extended family organizations, attended family reunions, supported family history research and temple work, and encouraged his children to do the same.

Cal was a principled, highly intelligent, deep thinker who loved the world of ideas, especially the truths of the restored gospel of Jesus Christ. He was an avid student of the scriptures and was always loyal to the words and teachings of latter-day prophets and apostles, especially the Prophet Joseph Smith. He often gathered his family around him to share his latest discoveries of truth. He never doubted or waivered in his belief in God, the great Plan of Salvation and the beautiful doctrines and ordinances of the gospel.

Cal's return from a senior proselytizing mission with his wife to Taiwan in 2005 marked the beginning of a slow but steady decline due to short-term memory loss. In spite of this struggle, he died the way he lived--never complaining, in good humor, and always willing to let God prevail in his life.

Cal's final lucid moment, 2 1/2 weeks before he died, was a clear remembrance of his miraculous mission to Australia, the thrill of circling the globe to return home and find his eternal companion, Claudia, and a spontaneous heartfelt, profession of his undying love for her along with his certainty that he would be with her for all eternity.

A funeral service for the immediate family only will be held on Saturday, November 21, 2020 at 11:00 am at the Oak Hills First Ward Chapel.
Read Less

We encourage you to share your most beloved memories of Calvin E. Monson here, so that the family and other loved ones can always see it. You can upload cherished photographs, or share your favorite stories, and can even comment on those shared by others.

Posted Nov 23, 2020 at 08:53pm
I remember Cal & Claudia were always such great friends to my parents. Even when I was so young I felt that their friendship with my parents was like a calm in the storm of our turbulent family life and my parent’s divorce. Cal was always so kind, intelligent and funny. I was always so grateful that my mother had such good righteous friends that I know strengthened her through the years. Even though both my parents have passed, I am grateful to you both for your friendship, strength and influence that I know were a part our lives.
Thank you so much.
Stephanie Sotuyo Casto
Comment Share
Share via: 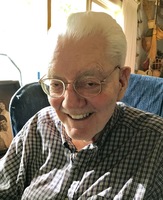 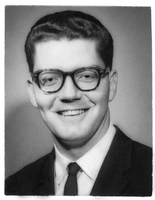