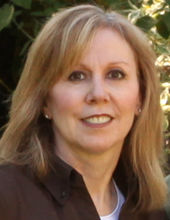 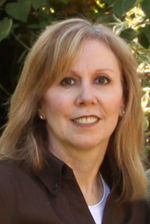 On Monday, July 16th, 2018, Carrie Jean Rider Lew, beloved wife, mother, grandmother, and sister, passed away suddenly of natural causes at her home at the age of 57.

Carrie was born on February 5, 1961 in Clifton Forge, VA to Harold and Mary (Mathisen) Rider. Carrie married Alan Lew in Salt Lake City on May 15, 2004, and they were later sealed for time and all eternity in the Mt. Timpanagos Utah Temple. She and Alan had many adventures together and their trips to South Africa were amongst her most treasured memories.

Carrie found joy in motherhood and was richly blessed with five children: Steven, Misty, Cherish, Rachel and Sean. She taught them to love and respect others through her own example, and gifted to them her delightful sense of humor and dry wit.

Carrie was a faithful member of the Church of Jesus Christ of Latter-day Saints and served in various church positions throughout her life.

Carrie loved dancing, being a student, mentoring others, and had a wonderful combination of frugality and creativity that could literally make a silk purse out of a sow’s ear (fortunately, she never got her hands on a sow).

Carrie’s wonderful spirit, joy and life will be celebrated at a funeral service at 2pm on Saturday, July 21, 2018, at the LDS chapel at 878 W Center St, Springville, UT. A viewing for family and friends will be held one hour prior to the service. Interment will be at East Lawn Memorial Cemetery, 4800 N 650 Provo immediately following the funeral services.

Should friends desire, contributions to The Center for Women and Children in Crisis (www.cwic.org), or a charity of your choice, in Carrie’s name would be appreciated.