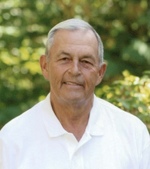 Dr. Weight was a Clinical Psychologist/ Neuropsychologist and a Professor of Psychology who taught at Brigham Young University for 34 years. He was a scientist and social scientist who understood the function of the physical brain as well as people’s emotional needs.

Dave was a renaissance man with more talents and skills than any one person would seem capable of possessing. He, along with his wife Shauna, an actress, loved the arts. He was a gifted singer who performed with the Ralph Woodward Chorale for many years. He was also a skilled painter. He took his entire family to the Shakespeare Festival in Cedar City every summer, and he bought season tickets to the Utah Symphony. As a young man, he played with a bottle band and remained friends with the others in the group all his life.

He loved practical things as well. He built his own home, did fine woodwork, and could fix anything. He kept a large garden and loved to bottle his own recipe of salsa each fall.

He was an intellectual in the best sense of the word. He loved to learn. He spent his retirement years reading, listening to books, taking classes—always advancing his knowledge. He was fascinated with history and often attended conferences of the Mormon History Association. As a scholar, he published many articles, offered numerous workshops and presented papers at academic conferences.

He also loved to camp and fish, and one of his favorite events was gathering with his family at Navajo Lake every year (which he combined with their days at the Shakespeare Festival).

He and Shauna traveled the world from Russia in the North to the Antarctic in the south, and many places in between: China, South America, and especially Europe. He was a fine photographer and the Alps of Switzerland and Austria were his favorite settings for his artistic photos. In total, he traveled to 52 countries.

He was something of a fanatic when it came to collecting. He had a large coin collection and he purchased virtually every Department 56 Dickens’ Village structure offered each year. Starting in the fall he put the entire village on display in his house, with tables and coverings, hidden wiring, and his own little touches to make a grand layout. He loved Christmas and enjoyed shopping for all his children and grandchildren.

Dave was an athlete, a lover of sports, and an avid BYU fan. He played high school basketball and football and was an excellent racquetball player. He held season tickets for BYU football and basketball, and he rarely missed a game. Matching his enthusiasm for those teams was his love for playing golf. He played eighteen holes the day before he became sick, and those who know him well hope there are golf courses where he is now—with holes a little larger than the ones that seemed to get smaller as he aged.

With all this, Dave still found time to be involved in his community. He served on the Provo School board for 14 years. He was fascinated by politics and was never afraid to express his opinions—ones that were not common or always well received by his friends and neighbors. But he was so good-hearted, so outgoing and friendly, that most locals were able to forgive him for his unguarded commitment to the Democratic Party.

Dave was born on November 16, 1936, in Provo, and he lived there most of his life. He attended BY High and later served a mission for the Church of Jesus Christ of Latter-day Saints in Montevideo Uruguay from 1958 to 1960. He married Shauna Swenson in 1961. He earned his BA in 1963 and MS in 1965, both from BYU, and then received his Ph.D. in Psychology from the University of Washington in 1969. That same year he returned to Provo to begin his academic career at Brigham Young University as an outstanding teacher, a caring advisor, and an active member of many university committees.

Because of his expertise on brain function and the effects of brain injury, he was called upon by attorneys to serve as an expert witness at countless numbers of trials. He was in demand because of his rigorous honesty and clear explanations. Juries trusted him. Many cases were settled out of court once Dr. Weight’s opinion was submitted.

Dave often lectured on marriage and family issues and was able to offer practical advice on developing better interpersonal communications. As a Latter-day Saint, he often worked with young men and women, and he was loved for his jovial nature combined with his intelligent guidance. He also served as a bishop, gospel doctrine teacher, and as a Branch President at the Missionary Training Center.

Dave was a champion of the oppressed and the misunderstood. His professional experience with counseling people in crisis led him to acceptance of people of all backgrounds. He was ahead of his time in opposing intolerance for the mentally ill, prejudice against people of color, and mistreatment of LBGTQ individuals.

He was a loyalist. When he liked something, he championed it. He had his favorite restaurants, favorite plays, favorite books, favorite places in the world to visit. And when he found something he enjoyed, he repeated the experience as often as he could. He had difficulty understanding why anyone would drive any car but a Honda, cheer for any team but BYU, or drink any soft drink but Diet Coke. He was equally loyal to his friends; he believed absolutely in the people he loved, regardless of their faults.

Perhaps above everything else, Dave loved his family. He was devoted to Shauna and served her at times when challenges made her life very difficult. He experienced the heartbreak of the early death of his sister and the death of a beloved young-adult son. Perhaps for that reason, he held his children and grandchildren close. He spent time with all of them, loved them equally, and he fully accepted their variety of personalities as part of the beauty of his life.

The truth is, Dave would not like this written account of him and his life. He would say that it was overstated and made him look better than he was. He would wonder why his faults were not mentioned. But he led a big life, his personality filled up rooms, and everyone felt his good nature and his love. It’s only natural that faults are simply not relevant here. All who know him well would say that this description is, if anything, understated.

Dave is survived by his wife Shauna Swensen Weight, brother Karl Weight, and children: Eric (Ann); Jeff; Kevin (Keisha) and Cindy; and by his 15 grandchildren. He was preceded in death by his parents, Gordon Mendenhall Weight and Lucille Collins Weight, his sisters Carolyn Weight and Mary Lou Roundy, his brother John Weight, and his son Craig.

A viewing will be held by RSVP only on Thursday October 1 from 5:30 to 8:00 pm at the Nelson Family Mortuary, 4780 N University Ave, Provo UT. You may reserve a time to visit with the RSVP button below the obituary on www.NelsonMortuary.com Funeral services will be limited to family and close friends only at 11:00 am on Friday, October 2 at the Edgemont North Stake Center, 345 E. Foothill Dr, Provo UT. Masks will be required for all attendees and social distancing observed. All others are invited to attend the service via a live streamed webcast here: Funeral Webcast . A small gathering and dedication of the grave will follow the services at the Evergreen Cemetery in Springville, UT.

In lieu of flowers, please consider a donation to Hope Projects a charity that enables the people to become self-reliant, maintains the integrity of the villages and people of the high Andes. Their aim is to save lives through education and sanitation. Dave supported this project throughout his life.


You may reserve a time to attend the visitation with the RSVP button below.