To share your memory on the wall of Denna Millett, sign in using one of the following options:

Born on April 2, 1938, in Mesa, Arizona, Denna was the second of five c... Read More
Denna Jean Phelps Millett, beloved daughter, sister, wife, mother, grandmother, aunt and friend returned to her heavenly home on February 10, 2020, at the age of 81.

Born on April 2, 1938, in Mesa, Arizona, Denna was the second of five children and the only daughter of Wayne Ellsworth Phelps and Mary Zoe Hill Phelps.

Soon after graduating from Mesa High School in 1956, she met Richard L. Millett on a blind date. They were married on June 21, 1957, in the Mesa, Arizona temple. He was the love of her life and their marriage was truly a beautiful companionship for 63 years. After their marriage, she took on her most important and beloved role as wife and mother. Richard and Denna were blessed with 7 children, 26 grandchildren, and 2 great-grandchildren.

Denna was a faithful member of The Church of Jesus Christ of Latter-day Saints and served willingly in many callings throughout her life. She served in all of the auxiliaries of the church, but especially cherished her service in the Primary as a teacher and chorister. Her missionary service was one of her greatest blessings. She and Richard had the opportunity to serve together as leaders of the Florida Ft. Lauderdale mission, Puerto Rico San Juan mission, Mexico City Missionary Training Center, and Chile Santiago East mission. They also served as missionaries in the Utah Provo Spanish speaking mission and as service missionaries in the Jamestown Retirement Center Branch.

If you knew Denna, you loved her and knew that she loved you back. She was completely selfless with her time and energy and provided a compassionate listening ear to all. She always had a cheerful disposition despite many health challenges, and her positive outlook on life was contagious.

Denna found great joy in the simple things of life. She had an incredible love for books and music, especially children’s books and Primary songs. Her family was her most cherished possession. She wanted nothing more in life than for them to be happy and to know that she was valiant in her testimony of the restored gospel of Jesus Christ until the end of her life.

Denna is survived by her husband, Richard, and their 7 children, Zoe (Kevin) Weed, Diane Millett, Richard (Julie) Millett, Tim (Laurie) Millett, Karen (Jeff) Bell, Lisa (Nathan) Fisher, Randy (Briana) Millett, along with their grandchildren and great-grandchildren, and her brothers Stephen, John and Russell. She was preceded in death by her parents and brother, Irwin.

Interment will be at the Eastlawn Memorial Hills Cemetery. Condolences may be expressed at nelsonmortuary.com
Read Less

Consider providing a gift of comfort for the family of Denna Millett by sending flowers.

We encourage you to share your most beloved memories of Denna here, so that the family and other loved ones can always see it. You can upload cherished photographs, or share your favorite stories, and can even comment on those shared by others.

Posted Feb 15, 2020 at 01:16am
Sister Millett was a lifelong example to me of true, Christlike attributes. I have so many memories of playing at the Millett home with Lisa and all of us friends. I always marveled that never would you hear a harsh word or raised voice from Sister Millett. I’ll never forget Lisa telling me that when the family was packing up for a move, the entire china hutch fell over and all the beautiful dishes crashed and broke . Without even a pause, Denna just said quietly, “Let’s clean it up.” Throughout my life’s challenges I often thought of that story and how resilient Denna was, to shift gears so quickly and move forward. I wanted to be like that, and not dwell on the disasters of life, but look for the good and always move forward. Thank you sister Millett! Your example influenced me and so many others! You will be missed. I love you! —kristie Felt Jolley
Comment Share
Share via:
KR

Posted Feb 13, 2020 at 11:20pm
I’m so sorry to hear of sweet Denna Millett’s passing. What a wonderful woman she was. We loved her! She was always so kind and loving, and I never saw her without a smile on her face. She and Dick raised such great kids that were friends with our family. My mom, Dayleen Felt, and Denna became great friends through their visiting teaching association. I’m sure my mom and dad have greeted her with big hugs on the other side of the veil. I’m so sorry to be out of town and will miss the funeral. I give all my love to Dick and the Millett family during this tough time. She will be sorely missed by all. Much love, -Karen Felt Rider and all the Felt family Denna was a delightful soul, and I feel blessed to have known her. She is first cousin to my husband, Charlie Sellers. He enjoyed growing up with her, and we enjoyed visiting her and Richard through the years. She was always friendly, kind, and loving.....and such a good listener. She will be missed. She was pure, without guile, forgiving, and faithful to the Savior. I send my love to her wonderful family. May you be comforted in the days ahead. Nellie Sellers 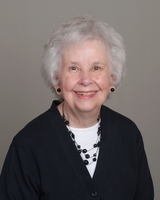 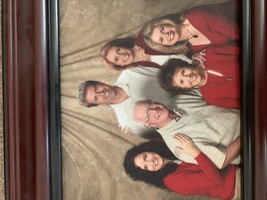