To share your memory on the wall of Dennis Baird, sign in using one of the following options:

Print
TO WATCH WEBCASTING CLICK ON PHOTOS AND VIDEOS ABOVE.

Our loving father, Dennis Ray Baird, passed away on Monday, March 16, 2020, due to injuries sustained in a car accident. He was born on February 11, 1947, in Payson, Utah, to goodly p... Read More
TO WATCH WEBCASTING CLICK ON PHOTOS AND VIDEOS ABOVE.

Our loving father, Dennis Ray Baird, passed away on Monday, March 16, 2020, due to injuries sustained in a car accident. He was born on February 11, 1947, in Payson, Utah, to goodly parents, Frederick Twede Baird and Sarah Adelicia Orton. His father was a farmer, a World War II veteran, and a master genealogist. His mother is an example of love and service. Dennis loved his parents and embodied these traits of service, hard work, and unconditional love.

Dennis grew up on the family farm near West Mountain in Payson, before moving to Orem at a young age. He graduated from Brigham Young University in Provo, Utah, with a Bachelor of Science, and also served as president of Samuel Hall Society, a highly acclaimed service organization. Dennis was honored to serve in the Army National Guard units, where he was assigned to military intelligence. Dennis faithfully served as a missionary for the Church of Jesus Christ of Latter-day Saints in Stockholm, Sweden.

While at BYU, Dennis met Christine Jones. He fell for this California girl, and she loved his cowboy ways. They married in the Salt Lake City LDS temple on May 30, 1972. Together, they enjoyed Cowboy Church in their boots and western attire, listening to the bagpipes in their Baird plaid at the Kirkin' o' the Tartan, or crisscrossing the globe to visit the world’s beautiful gardens and historical sites.

A successful entrepreneur and civic leader, he owned and operated several commercial businesses and volunteered in the community. He served on the board of directors for Washington School of Graduate Studies and Washington School of Law. On the weekends he could be found spending time with his grandchildren or fishing the rivers of the Wasatch Mountains.

A faithful father and grandfather, Dennis loved his family. He turned his heart to his father and joined him on multiple trips to various genealogical sites in Scotland and the Eastern United States and later accompanied him on a veteran’s Honor Flight to Washington DC. He honored his rich pioneer heritage by running the Deseret News Marathon, following the pioneer trail to the Salt Lake valley, and was selected to run a leg of the Mormon Battalion relay, retracing the grueling march from Council Bluffs, Iowa to San Diego, California.

Dennis loved God and his fellow men. He loved to study and teach from the scriptures and served faithfully in all the auxiliaries of the church including Bishop, High Priest Group Leader, Elders Quorum President, Young Men President, Stake Presidency and Ministering Brother.

We find great comfort in knowing of his joyous reunion with his sweetheart and wife, Christine, and other family members preceding him in death: father, Frederick; sister, Vickie Baird; and brother, Lonnie Frederick Baird.

Services will be on Monday, March 23, at 11 A.M. MDT, and will be live streamed and made available for all to view. To watch the live stream and express condolences please visit www.nelsonmortuary.com
Read Less

Consider providing a gift of comfort for the family of Dennis Baird by sending flowers.

We encourage you to share your most beloved memories of Dennis here, so that the family and other loved ones can always see it. You can upload cherished photographs, or share your favorite stories, and can even comment on those shared by others.

Posted Mar 23, 2020 at 11:51pm
Hello to the Baird Family,
This is Alan Thomas and I wanted to add my condolences to the many you have received.
The Bairds and Thomas Family were linked from the day we moved in to the neighborhood and your mom brought Heather and Karen to meet Mindy and Heidi. Your dad was a dear friend of mine, as you know. He was everything you said he was in your funeral messages. He had a chance to touch many lives for good, as each of you have had as well. Thankyou to your family for the memories and the friendship that will be treasured always.
Alan and Bev Thomas
Comment Share
Share via:
ME

Posted Mar 23, 2020 at 04:28pm
Mary and I extend our sincerest condolences to the Baird children. As we watched the funeral this morning, we shared many of your memories of your dad from our years together in the 25th Ward as our children grew up with many of you.
We admired him as a bishop, teacher, and member of the stake presidency. We enjoyed his gentle kindness and quick wit. He and your mother raised a wonderful family. We were glad to hear each of you speak of his many great qualities and your cherished experiences.
You will miss him, but you can find comfort in the happy memories. We wish you all the best. Max and Mary Evans
Comment Share
Share via:
KS

Posted Mar 23, 2020 at 02:43pm
Thank you for making the funeral service available for us to watch remotely. We had the privilege of serving with Dennis and Christine in the BYU 19th Stake at BYU. They both brightened up the room whenever they entered. We know there are multitudes of people who honor Dennis, even though they couldn't be there today in person. Your tributes were extraordinary and motivated us to encourage our children with the same confidence in themselves and in the Lord that your father inspired in you. Our special love to our dear Sarah, our neighbor in the Pleasant View 5th Ward for many years, in this difficult time.
Kathryn and Randy Shirts

Posted Mar 23, 2020 at 02:37pm
Uncle Dennis,
You are my mom’s big brother, I have a wonderful big brother too and no one can take that place as a protective, loving, strong, big brother. I know my mom misses you. I loved your genuine and energy filled smile as you served up pancakes, eggs, or hamburgers on holidays and at various Baird family gatherings. Uncle Dennis, I know you love family and God. You and Aunt Christine joined together to help even your many nieces and nephews know and appreciate our forefathers so that we could be proud to be Bairds’ and that our ancestors would be proud to have us as their posterity.
I didn’t go often to the Dry Cleaner’s in Orem but when I did, I always hoped to see my Uncle Dennis. A story that has stuck out in my mind was told by one of your daughters (I can’t remember which one) who had complained about being tall. You told them stand even taller and be proud of who they are. Even though I am short I continue to appreciate the thought and try to remember your advice and I stand up and stand out in good ways. Thank you for your example and kindness to me. I hope to live in a way that you’ll be proud to call me family. I love you and I love your kids.
Jennifer Jillean Allen Richens 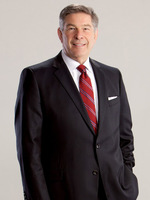 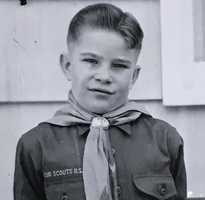 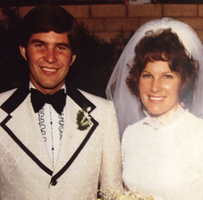 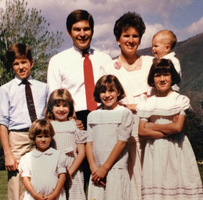