To share your memory on the wall of Don Smith, sign in using one of the following options:

Print
Don Hansen Smith, 99 of Mesa, AZ passed away peacefully September 19, 2019 surrounded by his family and loved ones.

Don was born January 10, 1920 in Nibley, UT. He was the sixth child of Isaac Fowels Smith and Eva Hansen. As a child o... Read More
Don Hansen Smith, 99 of Mesa, AZ passed away peacefully September 19, 2019 surrounded by his family and loved ones.

Don was born January 10, 1920 in Nibley, UT. He was the sixth child of Isaac Fowels Smith and Eva Hansen. As a child of the depression, Don quickly learned the value of hard work and the worth of a dollar. Don was a natural entrepreneur; at a young age he began selling his baby rabbits and pigs to the neighbor kids. At the age of 15, he met and courted his sweetheart Eva Jean Redford. He fell in love with her big brown eyes and sweet smile. They were married March 27, 1941 in the Logan, UT temple. They started their family with the birth of Karen, with Michael, Brad, and Jill quickly following. They later adopted Terry, Corey, and Susan.
Don was loved by all who knew him. He was witty and always good for a joke or a laugh. He loved people, he loved to serve others, and he found immense joy in his work. Don loved suits; he always had a nice suit and a nice car to call on people.

With only an 8th grade education, Don was an industrious and successful businessman. A few of his professional accomplishments include: The Rich Plan, selling freezers, Don H. Smith & Sons-frozen meat plant where he created the first conveyer belt system for meat preservation. He started a pig farm in Tooele, UT as well as Mushroom farms in Fillmore, UT and Alamosa, CO. His final successful business venture was with his son Corey, DCSJ, where they constructed large concrete buildings in Arizona.

Don was drafted in 1941 into the US Army and was sent to Hawaii to the 104th combat engineers after basic training. He was in the first wave to enter the Philippines that landed at Leyte. He was a machine gunner hauling ammunition and water for his comrades. He was based in Okinawa for the remainder of his service in the military. Don was very proud to have served in the US Army and spoke of his service often.

Don was a faithful member of the Church of Jesus Christ of Latter Day Saints and served faithfully his whole life. He was wonderful with the youth of the church and planned the regional festivals in the Hollywood bowl for a period of time. He served a mission in the Santa Monica stake and later was the Stake Mission President. His favorite calling was as the Visitors Center President at the Los Angeles Temple. He spent time as sealer in the Los Angeles Temple and ended his service as a Patriarch where he administered 997 blessings.

A viewing and memorial service will be September 24, 2019 at Nelson Family Mortuary located at 4780 N University Ave. Provo, UT , Viewing 10:00 AM, Memorial Service 11:00 AM. Arizona Memorial Service will be October 11, 2019 at Legacy Funeral Home located at 4403 E Broadway Rd, Mesa, AZ at 6:00 PM. In lieu of flowers, please donate to the General Missionary fund of The Church of Jesus Christ of Latter Day Saints.
Read Less

Consider providing a gift of comfort for the family of Don Smith by sending flowers.

We encourage you to share your most beloved memories of Don here, so that the family and other loved ones can always see it. You can upload cherished photographs, or share your favorite stories, and can even comment on those shared by others. 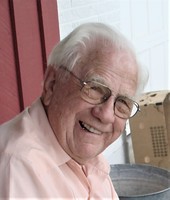