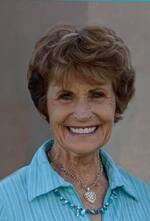 TO WATCH THE WEBCAST CLICK ON "PHOTOS AND VIDEOS" TAB ABOVE. IF ON A CELL PHONE SCROLL TO THE BOTTOM.

Dorothy Lavonne Beesley Nordstrom, 85, returned home to her Father in Heaven on Friday, November 20, 2020, after battling Alzheimer’s for many years.

She was born in Salt Lake City, Utah on April 5,1935. She was the daughter of the late Orson Pratt Beesley and Paloma Ethel Allen. She was one of the last surviving great-grand-children of Orson Pratt; a member of the original Quorum of the Twelve Apostles for the Church of Jesus Christ of Latter-day Saints.

She spent most of her childhood in Salt Lake City living in the “Avenues.” She had a great love for music as her father was an accomplished musician and worked at the Beesley Music Company, which her great-grandfather, Ebenezer Beesley, was founder. Many relatives on her mother’s side were also musical and several sang in the Tabernacle Choir.

When Dorothy was 12, her parents divorced, and she moved to Southern California with her mother Paloma, sister Jackie, and brother Orson. She attended Downey High School and graduated in 1953. While living in Southern California she met her lifelong friends Barbara Budlong (Watson) and Jack Watson. Jack and Barbara introduced Dorothy to their childhood friend Richard Nordstrom and the rest is history.

Dorothy and Richard married on May 9, 1953 and were sealed the following year in the Los Angeles Temple. This began their journey of 67 years of marriage.

Family was at the center of her life. Her home was always bustling with family and friends. Everyone was always welcome in her home. Dorothy touched the lives of so many people throughout her life. In addition to raising her own children, she was a Foster Parent to a countless number of children and a good counselor to those that needed guidance or just a listening ear.