To share your memory on the wall of Dorothy Thomas, sign in using one of the following options:

She was born the youngest of five children on April 11, 1927, in Malad, Idaho, to Isaac Emer Richards and Nancy Parker Richards. She attended the local schools and started playing her trumpet in the Jr. High band. She played all through high school with the marching band and orchestra. She was in the Pep club and student government and graduated from Malad High School in 1945.

Dorothy worked for a year in Malad for JC Penney’s before moving to Provo, Utah to attend Brigham Young University. She attended school in the mornings and worked at Thomas’ Department Store in the afternoons. The money didn’t spread far enough and Dorothy ended up leaving BYU and working full time. After two years at the Department Store, she got a job at the Provo City Department of Utilities and worked there for two years.

Dorothy used to eat lunch at City Drug in Provo where she caught the eye of Glen Albert Thomas, her future husband. He was working there while on his Christmas break from the University of Utah. They were married in the Salt Lake Temple on September 20, 1950. Together they raised four children – Barry Glen Thomas, Kevin Albert Thomas, Gregory Richards Thomas, and Stacey Lyn Thomas-Ralphs.

Dorothy’s first priority was always her family. She loved and cared for them all unconditionally and they will miss her so very much. She fully supported her children in their sports and activities and rarely missed a game or recital. She was a full time homemaker during her children’s early years but later helped out at City Drug, the family business, and worked as an associate for ZCMI for ten years after the kids were grown.

Dorothy loved being with family and took every opportunity to babysit grandkids, host holiday dinners, and drop in for a visit. She wanted to be involved in everything and had a wonderful sense of humor. She enjoyed playing golf and was a member of several different ladies clubs where fun activities were happening monthly. She and Glen participated in something they fondly called “Study Group” where a group of about ten couples, their friends through the years, would meet every two weeks on a Sunday night, in one of their homes, to read and study the scriptures together and discuss the gospel. She was an active member of the Provo Jaycee Wives and served in her community..

An active, lifelong member of The Church of Jesus Christ of Latter-Day Saints, Dorothy served in many callings but truly loved being with the children in Primary. When she retired, she served in the Provo temple for many years.

The family wishes to express gratitude to Joylyn, Bonnie, Michelle, and Ashley with Elevation Home Health and Hospice for their care and assistance for Dorothy.

A private funeral will be held on Tuesday November 17, 2020 at 11:00 a.m. Due to the current pandemic restrictions, a public viewing and funeral are not possible. For those who would like to be part of the funeral, it will be streamed via the following link: CLICK HERE
Read Less

Receive notifications about information and event scheduling for Dorothy

We encourage you to share your most beloved memories of Dorothy here, so that the family and other loved ones can always see it. You can upload cherished photographs, or share your favorite stories, and can even comment on those shared by others.

Posted Nov 22, 2020 at 06:26pm
To our dear friend Glen and to Barry, Catherine, Kevin, Greg, and Stacey: Penny and I express our sincere condolences for your loss of this grand lady, Dorothy. It has been such a blessing for us to be in the same ward with you for over 50 years and to be in a social group together. Dorothy was such a fine example to us, always loving, kind, gentle, and filled with a special spirit that radiated to us and those around her. She had an ability to make us feel great--to uplift. We know you will miss her as we will. May the Lord bless you at this difficult time. Dick & Penny Lohner
Comment Share
Share via:
GW

Posted Nov 19, 2020 at 06:38pm
Gary and I want to express our love to the family of Dorothy. She has been a good friend and neighbor for over 40 years. Dorothy was a classy woman and always willing to be helpful and kind. We send our love to all of you.

Posted Nov 16, 2020 at 05:49am
My memories of Dorothy and Glen are in my youth as my father Ted is related to Glen. Of course, I met relatives and family at some of my visits to the pharmacy. All were friendly and "full of life."
I send Glen and his family condolences from the Ted Thomas family with love and prayers for peace.
Comment Share
Share via:
TB

Posted Nov 15, 2020 at 02:58pm
Dear Thomas Family, I am sorry to hear of the passing of Dorothy. She was a beautiful and wonderful lady. My condolences to you Glen, and all of the family. It was a pleasure to have know her. My thoughts and prayers will be with you all. Love, Teri Ashman Bowman
Comment Share
Share via:
BT

Thank you, Teri. Your kind words are appreciated! She lived a great life and was always so full of love and kindness as I am sure you remember. We miss her but will hang on to the many cherished memories we have of her. I know you understand as you lost your mother years ago. We hope you are doing well. 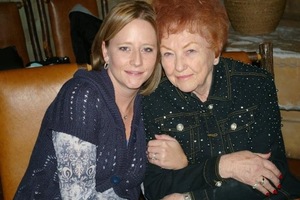 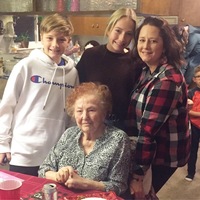 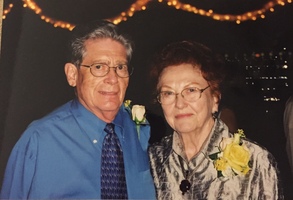