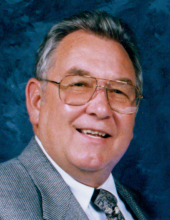 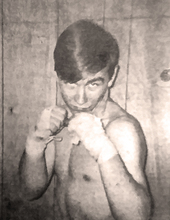 Duane- I would like to thank you. -You always ordered the "big fight" and invited us to come over. One in particular, was the Tyson vs Holyfield fight. That night we learned that women box and Tyson decided to end the bout early by removing part of Holyfield's ear. -For saving Russ and I on the deer hunt after a big snow storm on the top of Skyline Drive. We were in tents- cold and wet, when the rescue took place. We were set up with great food and accommodations in your cabin. You even took us hunting to your favorite spots for the next couple of days. -For teaching Kim and I "how it was done" at Fairview Lakes. You were knocking ducks down out of the sky before Kim and I even had a chance to spot them. -For trusting us, as we became our own men: It was not until later in life that I realized the trust you had in Kim and his friends. We were in our early 20s, you trusted us with your snowmobiles, cabin and boat knowing that we would treat them as if they were our own. My first snowmobiling trip was with Kim. I was offered to ride your sled for a weekend at your cabin. I was hooked. We still ride to this day. You allowed us to use your cabin quite frequently, from summertime to many snowmobiling trips. You also allowed Kim and I to use your boat for several trips to Lake Powell. (I believe the only fatality was the anchor we could not retrieve and had to cut the line) We still enjoy boating to this day, especially at Lake Powell. Thank you. Until we meet again, Duane. Scott Young
Posted by Scott Young
Saturday November 23, 2019 at 10:04 am
Prev - Story 1 of 1 - Next
Recently Shared Condolences
Leave a Condolence
View All Condolences
Recently Lit Memorial Candles
Light a Memorial Candle
View All Candles
Recently Shared Stories
Share a Story
View All Stories
Recently Shared Photos
Share a Photo
View All Photos