To share your memory on the wall of Ed Pinegar, sign in using one of the following options:

Print
SERVICES WILL NOT BE AVAILABLE TO VIEW UNTIL MONDAY AFTERNOON AT THE PHOTOS AND VIDEOS TAB ABOVE. IF ON A CELL PHONE SCROLL TO THE BOTTOM.

Ed Jolley Pinegar peacefully passed away on August 18, 2020 with his sweetheart, Pat, by his side... Read More
SERVICES WILL NOT BE AVAILABLE TO VIEW UNTIL MONDAY AFTERNOON AT THE PHOTOS AND VIDEOS TAB ABOVE. IF ON A CELL PHONE SCROLL TO THE BOTTOM.

Ed Jolley Pinegar peacefully passed away on August 18, 2020 with his sweetheart, Pat, by his side. He was born in Provo, Utah on February 12, 1935 to James Emery Pinegar and Effie Jolley Pinegar. Ed will be remembered as a beloved husband, father, grandfather, and great-grandfather, and as a teacher, speaker, author, dentist, and friend. His life was filled with service - praising, inspiring, and encouraging others (PIE) with humor and love.

Ed was raised in Edgemont, Spanish Fork and Provo, Utah. He graduated from BYU Elementary Training School and BY High School. He excelled in athletics playing football, basketball, baseball, and tennis. He attended BYU on a tennis and basketball scholarship playing for the legendary Coach Stan Watts. In 1956, he graduated from BYU with a degree in chemistry and mathematics. He married his college sweetheart, Patricia Peterson, March 28, 1956 in the Salt Lake Temple. They recently celebrated their 64th wedding anniversary.

Ed attended dental school at the University of Southern California and graduated in 1961. While attending dental school, he taught early morning seminary to high school students. He began his dental practice in Provo, Utah. After one year, he was asked to put his practice aside and serve as a Captain in the United States Army between 1962 and 1964. Upon returning to Provo to restart his dental practice, he again taught early morning seminary for 3 years and then taught the Book of Mormon, Gospel Principles and Practices, and other religion classes part-time at BYU for 19 years. He retired in 2000 from the faculty at the Orem Institute of Religion at Utah Valley University in Orem, Utah.

Ed served in many capacities as a member of The Church of Jesus Christ of Latter-Day Saints. He served as Bishop (twice) and Stake President. He also served with Pat as President of the England London South Mission (1985-88), President of the Provo Missionary Training Center (1988-90), full-time missionaries to the church historical sites in the Rochester New York Mission, and as President and Matron of the Manti Temple (2009-12). His last calling was as a greeter in the Suncrest 10th ward. He was the author of over 60 books and audio recordings of which many were on missionary work.

The joy of Ed’s life was his family. He loved his sweetheart, Pat, an angel wife and mother. They are the parents of eight children – Karie Bushnell (Bruce), Steve Pinegar, Kelly Hagemeyer (Dale), Kristi Gubler (Ross), Brett Pinegar (Susan), Cory Pinegar (who preceded him in death in 1986), Traci Magleby (Hans), and Tricia Skousen (Jeff). He has 38 grandchildren, 30 great grandchildren, and 5 on the way.

A visitation will be held on Sunday, August 23 from 6pm to 8pm at the Suncrest 10th ward chapel located at 90 North 600 West, Orem, UT 84057. Due to COVID-19, there will be a private graveside service for immediate family members on Monday, August 24th. Please go to www.nelsonmortuary.com to leave a memory, view a webcast of the graveside service, and see a video memorializing his life in hopes it will help us all continue Ed’s legacy to go and do good. In lieu of flowers, those who desire may make a donation to the General Missionary Fund in his memory.
Read Less

Receive notifications about information and event scheduling for Ed

Consider providing a gift of comfort for the family of Ed Pinegar by sending flowers.

We encourage you to share your most beloved memories of Ed here, so that the family and other loved ones can always see it. You can upload cherished photographs, or share your favorite stories, and can even comment on those shared by others.

Posted Sep 02, 2020 at 02:42pm
We just learned the sad news of Ed’s passing and wish to extend to his wife and family our deepest wishes for comfort and blessings from heaven. It was an eternal joy for me to serve with Ed as co-author of many books confirming the blessings of the true gospel of salvation. May Ed be lifted with joy and comfort in the spirit realm for illuminating memories of his miraculous service in the mortal sphere. With love, Richard Allen and his wife, Carol Lynn
Comment Share
Share via:
WF

Posted Aug 30, 2020 at 06:56pm
We as children and my mother, Anne Snow 96, were saddened to just hear of the passing of Ed Pinegar. Our father, Don Snow, taught and coached Ed in basketball at BY High. Our father loved Ed and loved coaching him. Ed even came and spoke at our dad's funeral; he gave a lot of credit to our dad for helping him in his formative years and he gave a wonderful tribute. Both Don and Ed lost their fathers at a young age, so our dad was able to relate to Ed and take him under his wing. Ed was a wonderful man and we enjoyed reading about his exemplary and Christ-like life in his obituary. We send heart-felt prayers, love, and condolences to the family.
Comment Share
Share via:
MM

Posted Aug 30, 2020 at 04:02pm
Ed donate a tooth filling that my dentist missed while I was in the LTM; donated, no questions asked. My missionary companion and I spent some time in the Pinegar home Christmas 1975; time,family and personal time donated, no hesitation, again.
A great example of Christ-like living. I am sure there are a lot of smiling recipients of this unselfishness with Brother Pinegar in Paradise with him.
Mark McKay
Comment Share
Share via:
AH

Posted Aug 30, 2020 at 11:41am
one of my favorite memories of my student days at BYU involved Brother Pinegar. My roommates and I had gone to see "Scrooge" at the Varsity Theater. As we were standing in line with other students waiting to buy our tickets, Brother Pinegar walked by. He asked what we were doing. When he learned that we were waiting to buy tickets to see the movie, he walked up to to the box office window and bought tickets for all those standing in line. One of the other students asked what he wanted us to do. His response, "Go home and tell your mother you love her." When I got home, I wrote a letter.
Comment Share
Share via:
WC

Posted Aug 30, 2020 at 09:28am
It was with great sadness, but joy, that we heard of the passing of Pres. Pinegar. We served in the USAF in England when he served as Mission President there. He was our favorite speaker at Stake Conferences and became a dear friend of our family. He would give our 8 year old son, Joel, a one pound coin (for his mission fund) every time he saw him. He would say, “This is from Corey’s mission fund. I want you to use it to serve the Lord and think of Corey once in a while as you serve.” We became I big fan of Pres. Pinegar and followed him through his books, videos and as the Bishop of the on line church services. As a family we still share stories of Pres. Pinegar and his love for others, for the Savior, Heavenly Father and his sweet testimony in his sweet voice. He will surely be missed but we know he is having a sweet reunion with Corey, our Savior and Our Heavenly Father. Our thoughts and prayers are with the his sweet wife and the entire Pinegar family. 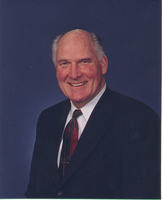 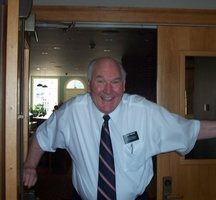 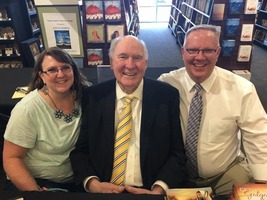