To share your memory on the wall of Ernest Woodward, sign in using one of the following options:

In October 1950 Ray was drafted into the Army for the Korean War and he served for 2 years. While on leave, Ray and his fiancée Nancy Lee Lamb were married on July 25, 1951 in Idaho Falls. In 1952 Ray and Nancy moved to Seattle, WA for work and while there, they had six children: Douglas, Sally, Richard, John, Mary, and Julia. Ray worked as a chemist for the National Bureau of Standards in 1952 and in 1956 took a job with American Marietta as a paper resin chemist. This company later became Pacific Resins & Chemicals and in 1981 merged with Georgia Pacific. Chemistry was always interesting and exciting for him and he loved the pulp and paper industry. He retired in 1993 but continued consulting for Georgia Pacific until 2003.

Ray and Nancy served a mission for the church of Jesus Christ of Latter-day Saints in 2004 in Omaha, NE. They served for 12 months and loved this experience. Throughout his life, Ray served in various church capacities as a teacher, temple worker, group leader, and Bishop. He and Nancy loved singing together and did so often for many years. Ray always enjoyed crossword puzzles, gardening, music, woodworking, singing, sports, repairing things, reading, learning, teaching, and spending time with family.

Receive notifications about information and event scheduling for Ernest

Consider providing a gift of comfort for the family of Ernest Woodward by sending flowers.

We encourage you to share your most beloved memories of Ernest here, so that the family and other loved ones can always see it. You can upload cherished photographs, or share your favorite stories, and can even comment on those shared by others. 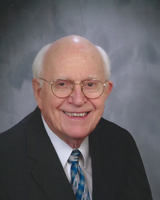