To share your memory on the wall of Eugene Freedman, sign in using one of the following options:

Eugene Freedman, 89, died Wednesday, June 17, 2020 at his home follow... Read More
TO WATCH WEBCASTING CLICK ON "PHOTOS & VIDEOS" TAB ABOVE, IF ON A CELL PHONE SCROLL TO BOTTOM OF PAGE. SCROLL TO BOTTOM OF OBITUARY FOR LINK TO VIEW GRAVESIDE SERVICES

Born and raised in Mount Vernon, NY, he was the son of Chauncey and Dorothea Freedman. He graduated from Davis High School and completed college in Plattsburg, NY at the State University of New York. In 1954, he began two years of military service.

He met the love of his life on a spring break from college in Bermuda where both claimed it was “love at first sight.” They were married three years later and cherished sixty-five wonderful years together.

He was a devoted member of the Church of Jesus Christ of Latter-day Saints and served in many callings. In 1997 after many years in Scarsdale, NY they moved to Provo, UT. He served as bishop in both locations. He and Claire served missions in both Germany and New York.

Gene was a lifelong entrepreneur, he ran a number of successful business’s, but the highlight of his career was working with and serving as a mentor to his sons in the family business Downeast Outfitters Inc.
His gift of loving and understanding people drew many friends throughout his life.

In passing on, he is united with his beloved son Richard, who died as a child at age seven.

Due to Covid-19, funeral services at Nelson Mortuary will be limited to family only, We ask friends to watch the webcasting at www.NelsonMortuary.com. The family also invites ALL to attend at Eastlawn Memorial Cemetery Gate to form a “Second Line” behind the Jazz Band and proceed to the Gravesite.

If you would like to make a donation in lieu of flowers please send to: The National Kidney Foundation of Utah and Idaho, 3707 N. Canyon Road, Provo, UT 84604

Receive notifications about information and event scheduling for Eugene

Consider providing a gift of comfort for the family of Eugene Freedman by sending flowers.

We encourage you to share your most beloved memories of Eugene here, so that the family and other loved ones can always see it. You can upload cherished photographs, or share your favorite stories, and can even comment on those shared by others.

Posted Jul 03, 2020 at 03:13pm
We are so sorry to here of the loss of such a wonderful man and friend to all. Even though we were not that close as friends, he always treated us as close friends, both back in New York and here in Utah whenever we ran into each other. Our thoughts have always been with the Freedman family and and always will be.
Bro. and Sis. Lape
Comment Share
Share via:
MC

Posted Jul 02, 2020 at 11:33pm
At first I was saddened to learn of Bishop Freedman's passing. But this was quickly overwhelmed by joy. Joy for the time I spent with him as the ward clerk and later as the executive secretary while he was Bishop of the BYU 38th Ward. Joy for the good friend and escape he was to me. And joy that he finally gets to see Richard again.
Comment Share
Share via:
MC

"escape" should be "example".
MC

"escape" should be "example".
KY

Posted Jun 25, 2020 at 12:53pm
Brother Freedman made me feel so loved. He always greeted me with a smile and a warm hug at church. I loved him for that. I knew he truely cared. He will be missed by so many people. What a wonderful man is was and still is!
Kathy Young
Comment Share
Share via:
TG

Posted Jun 22, 2020 at 08:22am
What a man! An unforgettable man! I’m not certain I’ve known a more loving man. Gene and Claire were our neighbors and we served together in our Provo ward and in the BYU 9th Stake for a season. Gene and Claire had a powerful impact on the lives of the students Gene served as a bishop in the BYU 9th Stake. And they did so in their own gracious style and manner. The rule against hugging ward members was suspended for Gene. His hugs were the way he spoke love to others. How I will miss his embrace. An enduring image of Gene. While the rest of us would show up for the monthly bishops’ meetings with the stake presidency, Gene came in a navy blue blazer, a button-down shirt without tie, fetching madras slacks, and penny loafers without socks! It was not a statement of rebellion. It was a statement that he was comfortable with who he was: a man who loved others.
Comment Share
Share via:
KB

Posted Jun 21, 2020 at 02:27pm
My dear Claire and family. How I love you. You and Gene are deeply rooted and treasured friends and I thank you for all your love and kindness. I am grateful that Gene is now with Richard and free of pain and suffering. He is a great man. May your sweet memories and the knowledge we are eternal families envelope you in peace and comfort. Hugs-Karen Baird
Comment Share
Share via: 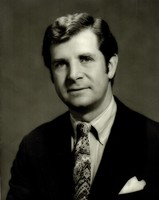 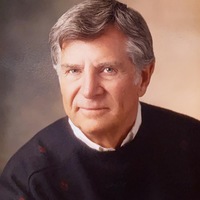 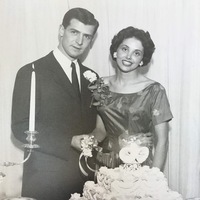