To share your memory on the wall of Frances Buddle, sign in using one of the following options:

Provide comfort for the family of Frances Buddle with a meaningful gesture of sympathy.

After graduating from Basking Ridge high school in 1969, she met a young, kind, Vietnam Veteran, at a burger joint. Alan had another wonderful quality- a 1966, two door, convertible, red MG that Fran was interested in buying. It was love at first sight- it was a beautiful car. She and Alan married February 7, 1970 at Saint James’ Catholic Church, in Basking a Ridge, New Jersey. They were later sealed together in the Washington D.C. Temple on December 19, 1992.

They began their parenting life with the birth of their son Erik in 1971 (spouse Debbie, son Jacob; and sons Brandon and Nicholas). Sarah followed in 1975 (spouse Patrick Hanis, children Nathan, Aileena, Jarrett, Ella and Chase). They lived in Budd Lake, New Jersey for a time before moving to New Providence, New Jersey, where Laura was born in 1978 (widow of Dustin Campbell, children Lucy, Henry, Peter) and Timothy in 1983 (spouse Sarah).

While in the hospital after giving birth to Sarah, Fran was roommates with another mother who told Fran about her faith- the Church of Jesus Christ of Latter-day Saints. Fran was intrigued and shared the experience with Alan. Alan, a postal worker, would often read the Ensign magazine published by the Church on his lunch breaks in the days before magazines were wrapped in plastic. He loved the stories and lessons about families, genealogy, the pioneers, and the wide open Wild West. Fran and Alan began lessons with the missionaries and were baptized on May 1, 1976, by one the missionaries, Elder Danny Brock. They were members of the Short Hills New Jersey Ward where they developed life long friendships.

Fran spent many years working at Overlook Medical Center in Summit, New Jersey. New Providence was a great place to raise children, a small town with a brook running through it, a great deli, and family nearby. Holidays and birthday events were often held at her sister Carol’s home with wonderful decorations and good food. These family gatherings were events filled with laughter, stories, and love.

The lure of the Wild West remained with Fran and Alan and they decided to make their own pioneer trek by loading up a Uhaul and moving to Provo, Utah in 1994. Alan transferred to the post office in Sandy, and later to Orem from which he retired in 2013. The move was an exercise of faith- their three youngest children aged 18 and younger, with Erik on a mission in Rancho Cucamonga, California, and no firm housing planned. With the family living in temporary college housing that summer, Sarah found an ad for a rental house in the Riverbottoms of Provo, a place they’d never heard of.

A visit to the Riverbottoms found a great home for the family, which they were able to purchase shortly after, and where they have remained. Beyond a home, Fran and Alan discovered a large extended family of wonderful, life long friends. A list of these surrogate family members would fill pages. These wonderful friends and neighbors hosted parties, a wedding for Laura, a wedding reception for Sarah, travelled, went to lunches and dinners, and simply loved Fran and Alan. It wasn’t unusual to find service done for their benefit especially as the joys of age made some of those tasks more difficult. From new porch stairs, yard work, and hanging Christmas lights on their home, Fran and Alan felt the blessing of those that minister to and love their neighbors.

Fran worked at Utah Valley Hospital until her death. She loved working at the hospital and the many people there- especially those that guessed her age several years younger than reality. Many of the young employees would teach Fran the latest apps and technology which she loved to stay up on and try and impress her grandchildren with.

Life forever changed in 1998 with the birth of her first granddaughter, Lucy, and a few months later grandson, Nathan. A serious matter to be discussed is how she would be addressed as Fran made it known she was too young to be called “grandma”. Her German roots supplied an answer – “Oma”. Of all the titles a person could have, Oma was Frans favorite. She loved her grandchildren.

Fran loved to decorate, turning their back porch into a sanctuary to enjoy. She loved every opportunity to help friends plan and decorate for wedding receptions, birthday parties, holiday events, and other occasions. Best of all, she loved the food, usually taking lots of pictures and sharing the experience with anyone she could. One of Frans favorite events was the wedding of her son Tim to Sarah in September 2016 at the Old Church at Rockport Reservoir. It was there that an elusive picture of Fran was taken with Tim in which she finally felt she looked good.

Family connections were always important to Fran and she wanted as many of her grandkids as possible to know their New Jersey roots and family. Fran and Alan were able to travel there with Sarah, Laura, Tim, their spouses and children in June 2017 for a great family reunion at her sister Carol’s home, with many aunts, uncles, nieces, nephews and cousins. She loved her nieces and nephews as her own. Perhaps more importantly to Fran, the family reunion had all the right food.

Fran ran on one speed- full speed. She was opinionated and often stubborn. At times her desire for the outcome she thought best for family members could be overbearing and difficult to understand. She endeavored to control the situation and struggled when decisions were made that she felt were wrong. Yet, her great desire and motivation was wanting those she loved to have everything as perfect as possible.

Family history was important to Fran as she learned about her family roots. She felt a special connection to all her family, even those she didn’t know. She was actively planning and saving for a trip to Europe she hoped to take this summer to see the cities where her family came from. A great mystery through much of their lives, Fran and Alan hoped to discover information about Alan’s birth parents. Unfortunately, adoption laws in New Jersey kept those records largely sealed. However, the miracle of DNA changed their lives when two years ago, a “match” came back between Sarah and a “possible” cousin in Virginia. The “possible” was soon found to be a reality and Alan discovered his two half brothers: Dan (spouse Kathy) and Glenn (spouse Dianne) Skatchard, and half sister Sandy Scott. A visit to Fredericksburg, Virginia in September 2018 to meet Alans newly discovered brothers, nieces and nephews was one highlight, of many, in Frans full life.

Frans love of family meant frequent trips home to New Jersey, where family recipes, the right pizza, and Jersey accents were enjoyed. Fran and Alan were always up for traveling and camping with family: New York, New Jersey and the Jersey shore, Bermuda, Florida, Cozumel Island in Mexico,, the San Juan Islands and other locations in Washington, all over Utah, and many other adventures. They saw a significant part of the United States in their various journeys.

Fran and Alan also spent several weeks throughout each year visiting Washington State to see her daughters Sarah in Kent and Laura in Oak Harbor. Fran loved these visits and spending time with her grandchildren, especially her granddaughters who she had a special relationship with. Fran loved being a part of their lives- coming to birthdays, baptisms, graduations and other special events. A recent trip over Thanksgiving was wonderful with all of her family in Washington, spending time bowling, cooking a Thanksgiving feast with her signature dishes, and even sharing some political history at the dinner table with her grandkids despite their rolling eyes. She was looking forward to a trip to Washington in February for the homecoming of her grandson Nathan from the Las Vegas West mission.

Fran loved her family and they loved her. She passed away unexpectedly on December 29, 2019, leaving a hole in the lives of many family and friends that love her, especially Alan, but leaving memories they will treasure all their lives.
Read Less

Receive notifications about information and event scheduling for Frances

We encourage you to share your most beloved memories of Frances here, so that the family and other loved ones can always see it. You can upload cherished photographs, or share your favorite stories, and can even comment on those shared by others.

Posted Jan 04, 2020 at 09:50am
Fran was a delightful person. Her strong personality served only to endear us to her. She will be missed!
Comment Share
Share via:
L

Posted Jan 03, 2020 at 03:22pm
I worked with Fran at Utah valley. I don’t work often but when I did Fran was always interested in how things were going with me. She was always so good about heading up pot luck in Sunday’s and including everyone. She will be sorely missed at work at work as well as no doubt at home. We all love Fran.
Comment Share
Share via:
EB

Posted Jan 03, 2020 at 12:41pm
I loved seeing Fran on Pediatrics at Utah Valley Hospital. She was always kind and cheerful and made be feel appreciated. She was also complementary of my attempts to fulfill a calling in our stake when she saw my efforts. I will miss her!
Comment Share
Share via: 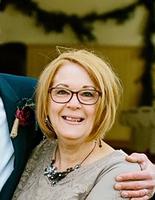