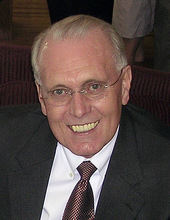 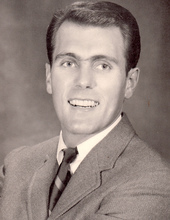 In Memory of
Gary Burdette
Brimley
1940 - 2017
Click above to light a memorial candle. 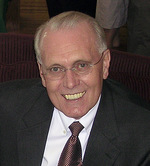 Gary Burdette Brimley, 76, passed away on Monday, June 12 in a room filled with his children and grandchildren. Hearts were saddened in having to say goodbye, but joyful in the gratitude of having been a part of a great man’s life.

Gary was born on August 26, 1940, in Salt Lake City, Utah to Burdette Louis and Winifred Elizabeth Thomas Brimley. With four older siblings, he moved to Provo, Utah for a short period of time. They then moved on to Torrance, California where his father was able to find work during WWII. Loving the California life, he became involved in many sports including pitching many no-hitter baseball games, setting records in track and enjoying the ocean through scuba diving and surfing. He enjoyed driving along the Pacific Coast Highway in either his white Porsche or riding his Triumph motorcycle. Gary graduated from Torrance High School in 1958.

Chronic illness began early in Gary’s adult life, despite this he went on to accomplish many great things. He served the Lord faithfully by fulfilling a fulltime mission for the Church of Jesus Christ of Latter-day Saints in the New England Mission from 1960-1962. He worked hard and became the Assistant to the President under Presidents John E. Carr and Truman G. Madsen. He also served as a bishop of a BYU married ward and a BYU YSA ward, a high councilor three times, several times as an elder’s quorum president and high priest group leader. Perhaps his most fulfilling calling was that of a Boy Scout leader who took a group of young men who thought scouting consisted of playing basketball every Wednesday evening to a troop who loved scouting and took top honors at a scout camp.

After serving his mission, he gave up the California life and came to Brigham Young University. He graduated from BYU in 1971 with a degree in accounting. While attending BYU, some of his friends coaxed Gary to come and meet a cute girl who worked at the Information Desk in the Wilkinson Center -- Gary knew at first sight that this was the girl who he wanted to marry. After many failed attempts to take her out, Gary finally got his first date with her by picking her up from work and getting a drink at the Dairy Queen. He went on to marry LeAnn Christensen on May 5, 1967 in the Salt Lake City LDS Temple. LeAnn is the daughter of the late Vernon and Winona Christensen of Provo, Utah. Gary was always quick to tell his children how much he loved LeAnn and was grateful he finally convinced her to go out on that first date.

Having fallen in love with Utah, the mountains, and fishing, Gary decided to make Utah his and his family’s home. Gary not only furthered his professional experience in accounting, he also had the opportunity to be a part of the new technology of computers. Through these opportunities, Gary went on to work for Brigham Young University as the Financial Director at the BYU Student Health Center. Gary loved his 23 years working at the health center at BYU and the Missionary Training Center. He met, worked with, grew to love and respect many associates in the different departments at BYU and the MTC. Gary’s blood ran blue to the very end.

He and LeAnn were blessed with a wonderful family of 4 sons and 2 daughters. This family grew to include 19 energetic and amazing grandchildren. Up to the day Gary passed on from this life, Gary felt that his greatest joy was his family. Between hospital visits, 13 life threatening episodes, recovery, and countless doctor visits, Gary took the time to share stories with his children, counsel his children in the gospel and the ways of life, listen to his children as they learned and grew, and, above all, loved his children dearly. Gary welcomed lovingly each of his 19 grandchildren into his life and hoped that the future would be as joyful and fulfilling for each one of them as it was for him, but hopefully minus the pain and illness he experienced.