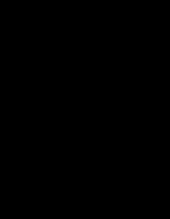 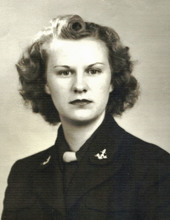 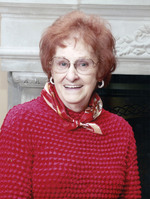 Genece White Jensen, beloved mother and grandmother passed away April 26, 2019, at the age of 96. Genece was born August 16, 1922 in Bicknell Utah and was the fifth of eight children born to Hiett and Amy White. She was the mother of one son, Jay Jensen and two daughters, Charlene Hollingshead and Pamela Stoddard and grandmother to 15 grandchildren, 37 great grandchildren and 1 great great grandchild, with another on the way.

Geneces’s beautiful spirit and sweet smile touched many people in her 96 years. She leaves behind a life well lived and loved. She faced adversity with strength and courage and endured with tenacity. She learned to be independent, self-reliant, and took care of herself and her children with grace and love. Her abundant zest for life and deep love for all her many family members was observed by all who knew her. Her family and friends were blessed with her great sense of humor and ability to laugh at herself and the problems she encountered. The gift of laughter and the love of books is what her family will fondly remember of her. She loved to travel and was always up for an adventure with her bags packed and ready to go, often declaring “No one waits for Genece!” Her last trip was the exception as all of her immediate family preceded her in death and all have been anxiously awaiting her arrival.

Genece was raised in Southern Utah and in 1938 at the age of 16 she left for Salt Lake City, where she worked various jobs, one of which was at the Remington Arms plant, making bullets. In 1943 she joined the Navy Waves and left Utah for New York where she was trained as a nurse. She was later sent to Farragut, Idaho and then onto Honolulu where she served until the war ended. After the war she lived in Southern California, working as a beautician and later as a nurse.

She returned to Southern Utah in 1950 where she met and married Max Jensen. In1960 Genece returned to Southern California with her husband and three children. She went back into nursing, eventually retiring from Anaheim Memorial Hospital. Her coworker described her as “One of the kindest and most caring nurses I have ever worked with. She was always so professional, but also the most tender hearted”. Genece was dedicated and diligent in each task she undertook and worked hard most of her life, teaching her family to be industrious, frugal and “waste not want not”.

Genece was a talented seamstress and for many years sewed all the family’s clothing. She continued to sew her own clothing until the late 1980’s. She loved people and enjoyed the various groups she belonged to. One of those groups was a Hawaiian Dance group that performed at Nursing Homes, County Fairs, and Senior Centers. She danced with this group up until her eighties. She also loved working at the public library as a volunteer.

Genece was raised in the Church of Jesus Christ of Latter Day Saints and her ancestors were strong, dedicated pioneers who influenced her faith and love for the Lord. She spoke often of her Great Grandfather Ephriam K Hanks and his gift of healing. Genece’s testimony was a strength that guided her throughout her life and the one thing she never wavered on was the law of tithing. Tithing was never an option, but a blessing that always got her through hard times.

After the death of her husband Max, and her son Jay, Genece sold her home in California and divided her time with her daughters; living in Orem, Utah in the winters and in Bigfork, Montana in the summers. She was a gift and a blessing to those who were fortunate to have her in their lives and she will be dearly missed.