To share your memory on the wall of Haley Smith, sign in using one of the following options:

Provide comfort for the family of Haley Smith with a meaningful gesture of sympathy.

Consider providing a gift of comfort for the family of Haley Smith by sending flowers.

We encourage you to share your most beloved memories of Haley here, so that the family and other loved ones can always see it. You can upload cherished photographs, or share your favorite stories, and can even comment on those shared by others.

Posted Sep 04, 2019 at 12:52pm
Halley was the sweetest, most beautiful, compassionate, free spirited girl I’ve ever met. I feel blessed to have not only been coworkers with her, but to quickly become friends. She made us all smile just as hers would light up the room. Her laugh could only make you laugh just as hard with her. Her beautiful, angelic voice that was always singing, that couldn’t help but make all who heard her be mesmerized by her talent that she was so humble about. Her zest for life and passion that she gave from her heart was felt by us all. She was wise beyond her years and had such an old soul that enabled her to see things in a different light, ways that we all could benefit from. Her uniqueness was definitely one of a kind and made her seem like she was from out of this world. Although we all have sadness and heartbreak that she is no longer with us in body, there is no doubt that with her being as intensely passionate about life, her positive outlook she had and her overall beauty that is beyond words, that she will shine down on us all. She will be smiling that beautiful smile, laughing her one of a kind laugh with us, singing with the voice of an angel and dancing like no one is watching. Rest easy sweet girl and know you will always be a part of all of us and you will forever hold a special place in my heart.
Comment Share
Share via:
JJ

Posted Sep 04, 2019 at 10:20am
Thank you Haley for sharing your very large spirit with us, your music that expressed your deepest thoughts and perspectives as you saw them. Thank you for your gift of dance...I loved watching you jive. You made me feel young and brought back sweet memories of my own life. Your legacy of music has been recorded and left with us. You've been called home at a very young age, a bit of a shock for many of us, just grateful I was a short part of your life journey. May you keep moving forward, to be the brightest star in those heavens...Prayers for all your family and friends who will one day join those Heavenly places. I can just imagine the music your are making now...You go, Haley!
Comment Share
Share via: 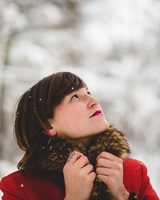 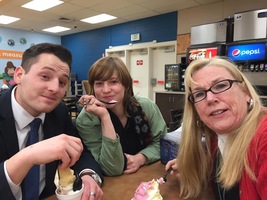 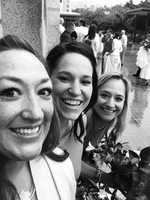 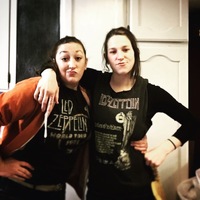