To share your memory on the wall of Howard Johnson, sign in using one of the following options:

Print
TO WATCH THE WEBCAST OF SERVICES CLICK ON "PHOTOS AND VIDEO" TAB ABOVE. IF ON CELL PHONE SCROLL TO BOTTOM

Howard was born December 7th 1934 in Alton, Utah “as something out of a fairly tale” according to his mother. He was not expec... Read More
TO WATCH THE WEBCAST OF SERVICES CLICK ON "PHOTOS AND VIDEO" TAB ABOVE. IF ON CELL PHONE SCROLL TO BOTTOM

Howard was born December 7th 1934 in Alton, Utah “as something out of a fairly tale” according to his mother. He was not expected to last the night yet he lasted 85 yrs of nights. His father died when he was 5 yrs old and still he became the best of fathers. He grew up and went to schools in Provo, UT from elementary school to Brigham Young University. Serving in the Army Reserves along the way. He developed his talents of art and music, graduating with a music degree and playing a mean saxophone. He taught music at American Fork H.S., Skyline H.S., and Provo H.S., influencing numerous students with his talent and love. He spent the last years of his career freelancing as a graphic artist. Of all his art, the Christmas windows he vividly painted around town, were the most popular and will be the most missed. In 1955 he chose to serve a mission for The Church of Jesus Christ of Latter-Day Saints to Denmark, Copenhagen. It was there his love and testimony of the Gospel developed, along with a “like” of an adorable Danish girl named Tove, who was also serving a mission there. That girl immigrated to America and became his forever bride on November 21,1958 in the Salt Lake City Temple. Together they served as missionaries for the Church of Jesus Christ of Latter-Day Saints on Temple Square from 1996-2009. Together they brilliantly raised four children with a love for travel, cultures, art, music, literature of all types, and especially all things Danish. Howard’s influence was vast, from his school associations to mission relationships to collegiate friendships to music students to ward families to BYU bishopric students to work associates to family members, both in America and Denmark, and to all who came in contact with this beloved man. He will be missed dearly, mostly by his wife Tove Holden Jorgensen, son Allan (Heidi) Holden Johnson, daughter Anne Marie Holden Johnson Means, daughter Kirsten (Jay) Holden Johnson Edwards and grandchildren; Cari Elizabeth, Soleil Amanda, Jesse Allan, Tova Kirstina, Spencer Holden, Dresden Holden, Tessa Priscilla, Harper Holden, and Indiana Jay. He is reunited with his son Lars Peter Holden Johnson who preceded him in death by eight months.
Memorial service will be held at Nelson Family Mortuary on Friday August 7th, 2020 4:00 PM. To help promote social distancing, the service will be live streamed as well.
Read Less

Receive notifications about information and event scheduling for Howard

Consider providing a gift of comfort for the family of Howard Johnson by sending flowers.

We encourage you to share your most beloved memories of Howard here, so that the family and other loved ones can always see it. You can upload cherished photographs, or share your favorite stories, and can even comment on those shared by others.

Posted Aug 07, 2020 at 05:14pm
I have so many fond memories of Howard Johnson. First and foremost he was always smiling. He always had kind and positive words to say and loved to laugh. He was a devoted husband and father. My heart breaks for the Johnson family as I know his absence has created a huge void. I pray that the Johnson family will be comforted by all their warm and wonderful memories of Howard.
Comment Share
Share via:
V

Posted Aug 07, 2020 at 01:47pm
I attended Provo High School with Howard. I had a lot of respect for him as he was always so nice and always smiling.
Then he served as president of the class reunion committee that was held every five years from the time we graduated until just a few years ago. He did an outstanding job. I offer my condolences to his family at this time. Always hold your memories of him close to your hearts. Vena Lee Jacobson Cannon
Comment Share
Share via:

Posted Aug 06, 2020 at 11:55pm
I knew Mr Johnson as a child when my older siblings were in the PHS marching band. My father was a band groupie and would often chaperone "band tour" (one time I even got to tag along!) My mother was also a groupie for the marching band. Our family still tells band stories. Some favorites are of my father spray painting some band player's brand new white Reeboks black (under Mr J's direction) so that they would conform to the uniform for the parade. Another time my mother and I and some band player went knocking on doors one parade morning to see if some stranger would let us in so my mom could iron the boys uniform so it would look right for the parade judging. We found someone willing, and the boy hid behind a chair with no pants on while my mom ironed them. Mr J would always say he warned them what would happen if they didn't show up looking like they should.
I was lucky enough to have him as a band teacher while I was in elementary school. By the time I made it to high school he had retired from band, and so did I. I have so many great memories of supporting the PHS band, to this day when I see a marching band the first thing I do is remark how Mr Johnson would not have allowed such sloppy this or that. The next thing I do is get teary eyed as a wave of those great memories wash over me.
I am so sorry for you family's loss, and so grateful to have known Mr Johnson.
Betsey Long Smith
Comment Share
Share via:

Posted Aug 04, 2020 at 09:45pm
Thank you for all the support you offered to me! You were one that influenced and helped me to acheive a scholarship in musuc to help me through college. The memories of the programs we did in high school are cherished.
Comment Share
Share via: 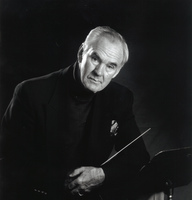 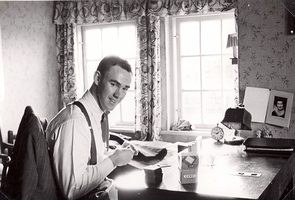