To share your memory on the wall of Jared Hernandez, sign in using one of the following options:

Provide comfort for the family of Jared Hernandez with a meaningful gesture of sympathy.

Jared resided in Fresno from birth until college. He later moved to Utah to obtain his education. He graduated from Brigham Young University in 1977 with a Bachelor of Arts Degree in University Studies. Receiving an education was an important family value that was instilled by his parents in him, and Jared continued to teach the value of an education to his children and grandchildren. Jared learned the value of hard work at an early age by picking grapes and cotton with his family and diligently delivering his newspaper route. He held various positions in the workforce such as sales representative, stock broker, and financial advisor for the following companies: IBM, Merrill Lynch, Prudential, Wells Fargo, and SunTrust. Jared spent the latter half of his life in Fort Lauderdale, Florida before returning to Utah to be near family for the last three years of life.

Jared’s community service included serving as the President of the Hispanic Chamber of Commerce in Salt Lake City. As part of this service, he received recognition for his contributions to the NAFTA treaty.

Jared had five passions in life: the gospel of Jesus Christ, his family, baseball, golf, and travel. Jared was an endowed member of the Church of Jesus Christ of Latter Day Saints and served a faithful mission in the Guatamala/El Salvador area. During his mission he served as assistant to the Mission President. Jared came from a large Mexican- American family and he enjoyed the frequent family get-togethers. He was always in attendance and was the life of the party. He is very well known for his rendition of Feliz Navidad, which he sung for his family during Christmas celebrations. His three daughters and five grandchildren were the light of his life. He was their biggest fan attending many dance performances, choir concerts, soccer and baseball games.

Jared started playing baseball as a young boy and continued to play the game throughout his life. He was a pitcher and centerfielder in both high school and college. He played for both Reedley and Ricks College. He later played competitive fast pitch softball. He was a very talented ball player. Baseball was a huge part of his heart and soul and he found this passion again towards the end of his life by attending his grandson’s baseball games. He was a dedicated Los Angeles Dodger Fan; he planned his life around their games and even passed away wearing his Dodger t-shirt.

Golf was also a big part of Jared’s life. During his time in Florida he belonged to a country club and loved his time out on the course with friends. One of his favorite golf accomplishments was his hole-in-one. After returning to Utah, Jared played in a men’s golf league at the Sleepy Ridge golf course.

Jared lived for vacations with family and friends and found happiness as he looked forward to his next trip. He enjoyed RV camping trips with his friend Chandler to Utah National Parks. Jared’s family holds an annual family reunion which he is an avid participant in. Jared also found tremendous joy in his two European vacations with his daughters. He was eager to explore new places and had a thirst for adventure.

Jared taught many life lessons to his children. He instilled in them an attitude of gratitude and taught them never to take anything for granted.

Jared resided at the Provo Rehabilitation Center during the last six weeks of his life where he passed away with family at his side. He received outstanding care from the nurses, doctors, and staff; and the family offers its sincere thanks to them for their dedicated service to Jared. We also want to thank Bristol Hospice for their loving care for Jared and their kindness to our family as Jared stepped through the veil.

Consider providing a gift of comfort for the family of Jared Hernandez by sending flowers.

We encourage you to share your most beloved memories of Jared here, so that the family and other loved ones can always see it. You can upload cherished photographs, or share your favorite stories, and can even comment on those shared by others.

Posted Jul 05, 2019 at 12:01pm
So very sad, my condolences to family he was so very proud of. Always cherish the many times spent with good friends cheering sports at our favorite Riverside Hotel. Blessed to have known this special person with great beliefs and values.
Comment Share
Share via:
NL

Posted Jun 25, 2019 at 10:05am
I am so sorry for your loss. Prayers to your family. I knew Jared when he was in Fort Lauderdale. We were friends for a long time. He was one of the nicest people I met in my life! I was so sad to hear the news but happy he is not suffering anymore and is with God. Nancy Lehr
Comment Share
Share via:
JR

Posted Jun 21, 2019 at 02:00pm
Dear family. I am very sorry to have read of the recent death of your loved one, Jared. Please accept my sincere condolences. I would like to share something that I have personally found to be very comforting. It is found in the Bible at John 5:28,29 and also Revelation 21:3-5. These verses tell us that soon God is going to bring about a resurrection of our dear loved ones, as well as do away with all of the many causes we have for suffering, including sickness, pain & death. Knowing these truths have always comforted me and it is my hope that these thoughts from the Bible will likewise comfort your family and will also ease some of your pain during this most difficult time in your lives. I have also found very comforting information about what hope there is for our deceased loved ones on jw.org. 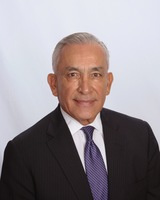