To share your memory on the wall of Jennifer Spong, sign in using one of the following options:


Jennifer Marie Spong was born in Provo, Utah on December 17, 1996. She passed away April 1, 2020 in St George, Utah. Jenny was named after ... Read More
TO WATCH WEBCASTING AND PHOTO SLIDESHOW VIDEO PLEASE CLICK "PHOTOS AND VIDEOS" TAB ABOVE.


Jennifer Marie Spong was born in Provo, Utah on December 17, 1996. She passed away April 1, 2020 in St George, Utah. Jenny was named after her great grandmothers, Genevieve Christensen and Marie Call. Jenny was a sweet and tender child. She loved flowers, which grew abundantly around the house, until she picked them. As a baby and young girl, Jenny was the object of much affection from young neighbors Cassi Day and Marissa Young. Jenny loved visits from her Grandpa Castleton, which often resulted in a trip to McDonald’s playland. Karen and Jenny loved the many pretty dresses that their grandmother Ardella Spong made.
Jenny and Karen were inseparable. Karen was almost four when Jenny was born, and made sure that we brought her new sister home from the hospital right away. Jenny and Karen loved to take many pictures of themselves posing. They loved their visits to Grandma & Grandpa Spong’s house, grass skirts, getting flipped by their “jungle gym” mother, painting finger nails, making yummy food, watching lots of movies, and LOTS of sleepovers in each other’s rooms.
Jenny was very quiet, but there was always a lot going on in there, even if she didn’t share it with the rest of us. She was an avid reader from a very young age and throughout her life. Jenny loved to play the piano, and one of the last things she did was to provide her father with cherished recordings of her playing. Jenny attended Young Women’s camp all six years, graduated from Seminary with a full four-year certificate and earned her Young Women medallion (twice).
In 2012, at her mother’s urging, Jenny entered an art contest and won the “Make Your Mark” bookmark contest where she and other winners were greeted by Utah’s governor Herbert. In the 11th grade she placed an award-winning painting in the Springville Museum of Art, which quickly sold.
In high school Jenny learned Mandarin Chinese, played the viola all four years in the orchestra, graduated with high honors, was a member of the National Honor Society, and won a four-year scholarship to Dixie State University where she graduated Summa Cum Laude from the Booth Honors Program. Jenny loved her position at the St. George Art Museum, selecting paintings and preparing exhibits. She enjoyed hiking in the red rocks around St. George.
Jenny will be greatly missed by her parents, Mike & Amy Spong, sister Karen (husband Collin, daughter Aurora), brother David, grandfather Robert Spong, grandmother Marilyn Johnson (Brent) and grandfather Gary Castleton (Maria) and fiancée Noelle West. Jenny will be missed by her aunts and uncles Laura, Dillon, Heidi, Melissa, Daniel, Rachael, Debbie and Sheri. She will also be missed by many cousins. Jenny is preceded in death by her grandmother Ardella Spong and her uncle David Castleton.
Read Less

Receive notifications about information and event scheduling for Jennifer

Consider providing a gift of comfort for the family of Jennifer Spong by sending flowers.

We encourage you to share your most beloved memories of Jennifer here, so that the family and other loved ones can always see it. You can upload cherished photographs, or share your favorite stories, and can even comment on those shared by others.

Posted Apr 07, 2020 at 09:24pm
Just wanted to say I'm thinking of you and doing my best to love you and offer all the support I have. I'm so sorry for your painful loss. Thank you for streaming the service. Amy's memories made me smile and remember the incredible experience and blessings of being a parent. Everyone did such a superior job at the service. Be well. Our house is open if you want to do a long road trip. I love you.

Posted Apr 06, 2020 at 10:32pm
To Jennifer’s family,
I am so very sorry to hear of this terribly sad loss. Please accept my sincere condolences. I had the privilege of working with Jennifer on the fund raiser at the Art Museum called the Soup N Bowl. She was terrific and helped us so much. We were all so pleased that she was a part of the Art Museum family. In her quiet efficient way she accomplished a great deal.
I am very very sorry.
Kam Capik
Comment Share
Share via:

Posted Apr 06, 2020 at 07:03pm
This is the song and photo montage that Laura Castleton provided and was shown during the funeral service
https://www.youtube.com/watch?v=UbUKqUR5w_U&feature=youtu.be 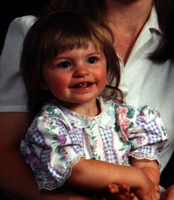 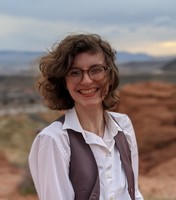