To share your memory on the wall of Joyce Nielson, sign in using one of the following options:

Provide comfort for the family of Joyce Nielson with a meaningful gesture of sympathy.

Joyce and Ted were married June 18, 1970, and later sealed in the LDS Temple in Manti, Utah. Joyce was a caring mother and wife. She enjoyed going to Weber State at the San Juan Campus in Blanding, Utah, and later became a Registered Nurse. She then worked as a home health nurse and at the State Hospital in Provo, Utah. Joyce was always caring for others. She loved to talk to family and friends. When she was at home, she could always be found with a blanket that she was crocheting for babies of her family, friends, and neighbors. She was loved by many and will be sorely missed.

Consider providing a gift of comfort for the family of Joyce Nielson by sending flowers.

We encourage you to share your most beloved memories of Joyce here, so that the family and other loved ones can always see it. You can upload cherished photographs, or share your favorite stories, and can even comment on those shared by others. 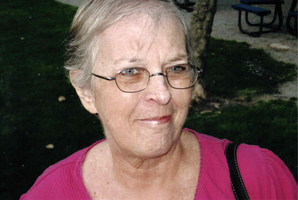