To share your memory on the wall of Joyce Peacock, sign in using one of the following options:

Provide comfort for the family of Joyce Peacock with a meaningful gesture of sympathy.

Joyce was born in Manti, Utah on November 20, 1934, the second daughter of Leslie James and Iris Denison Anderson. Her youngest years were spent in the mountains, fields, farms and valleys of Sanpete County. Her mother and siblings followed their dad as he moved around the west coast of the U.S. immediately before and during the opening months of WWII as he served in the Utah National Guard and later the Army Air Force. In later years, she would tell her own children about the enforced nighttime blackouts where she lived along the coastline near San Luis Obispo in the days after the bombing of Pearl Harbor. When her father left California for Italy to serve as the executive officer of a bombing group, the family returned to Manti to await his return.

During these years, Joyce developed a deep love for music. She learned to sing and play the ukulele and often performed three-part harmony with her brother and sister in various church, family and civic events.

Joyce attended Manti High School and was a drummer in the Templar Marching Band. She loved reading, music and her extended family, which populated much of the Manti South Ward. She developed close friendships with all of the locals through her job at Elliott’s Drug Store where she scooped ice cream, wrapped gifts and served customers at the snack bar. During her senior year of high school, during a South Ward “minstrel” variety show (precursor to the more recent church “Roadshows”), she was assigned a song-and-dance routine with a particular young man in her ward. Until then, that young man, a couple of years her junior, had just been a face in the crowd, but thereafter became a close friend – and soon, the love of her life, Bruce. Their children find this hard to believe because they rarely saw their parents dance.

After graduation from Manti High School in 1952, Joyce attended Snow College and moved to Provo to attend and graduate from Brigham Young University with a degree in Elementary Education. Bruce followed her to Provo, and they were married in the Manti Temple of The Church of Jesus Christ of Latter-day Saints on August 10, 1956. Thereafter, Joyce taught school, while Bruce finished his accounting degree. They found their way to Southern California and Joyce taught school a few more years. Joyce was mother to four children: Jeff, Brad, Susan and Michelle. She chose to be stay-at-home mom, though she did have periods where she successfully applied her talents in different vocations – as an owner of several Adventureland Video franchises, residential real estate appraiser for Paul Brown Real Estate, and travel agent for the Travel Station in Provo. Her role as Mother always came first.

Joyce was an active member of The Church of Jesus Christ of Latter-day Saints. She was voracious in her study of the scriptures, and any perusing of the highlighting, underlining, margin notes and worn tabs in her scriptures would testify to this. General Conference weekends would find every TV and radio in the house on full blast. She attended faithfully as well as serving wherever she was called. She loved attending the Temple and working on family histories. Bruce and Joyce together served three full-time Church missions: In Honolulu Hawaii as Church Public Affairs Missionaries, in Mesa Arizona at the Mesa Temple Visitors’ Center and in the St. George Utah Temple Visitors’ Center and historic sites.

Her laugh was contagious --she loved a good joke--she laughed so hard she couldn’t deliver the punchline. She loved to cook, and was famous for sharing Sunday dinners with nieces, nephews and grandchildren who were away from home at school. She was an indefatigable journal keeper. Her children only hope they can actually live long enough to read the copious volumes she produced over the decades. Joyce also was a diligent scrapbooker, collecting pictures and memories of travel, people, mementos, places and events.

She is survived by her devoted husband Bruce of 63+ years, her siblings Verla (David) Sorensen and Lee (Judy) Anderson and by her children Jeff (Lisa), Brad (Haley), Susan (Jeff) Madsen and Michelle (David) McGill. As special as her children and their spouses are, she loved her 16 grandchildren even more. A walk through any room of any house Joyce lived in was filled with photographs of Jocelyn, Justin (Tori), Jordan, Coleman, Tyler (Meghan), Jackson (Hannah), Kylie (Joe), Spencer (Marina), Zachary, Will (Taylor), Jason, Rachel, Savannah, Hannah, Alexa and Quade. She also loved her 3.9 great-grandchildren, Brady, Madison, Chloe and a baby boy, soon to arrive.

Joyce’s family wishes to publicly thank the wonderful staff and people at the Spring Gardens Senior Living community in Lindon. Their personal efforts were so appreciated during the last years of Joyce’s life when her memories and abilities started to fade. Thank you!!!

Funeral Services for Joyce will be held Saturday November 23, 2019 at the Edgemont 6th Ward building of The Church of Jesus Christ of Latter-day Saints, 4056 Timpview Drive in Provo at 11:00 a.m. Family and friends are invited to attend. A viewing will be held immediately prior to the Services at 9:30 a.m. – 10:45 a.m. that day. Interment will be in the East Lawn Memorial Hills Cemetery in Provo immediately after the service. The Nelson Family Mortuary is supporting the family. In lieu of flowers, donations made to the Alzheimer’s Foundation of America (www.alzfdn.org) are appreciated.

“Life is short. One day you’ll look at your watch and think of how lucky you are to have had a family who loves each other.”
– Joyce A. Peacock, July 2017

We love you, Mom!
Read Less

Consider providing a gift of comfort for the family of Joyce Peacock by sending flowers.

We encourage you to share your most beloved memories of Joyce here, so that the family and other loved ones can always see it. You can upload cherished photographs, or share your favorite stories, and can even comment on those shared by others.

Posted Oct 31, 2019 at 04:01pm
I sure loved my friend Joyce. we shared so much more then a name. II always looked up to her and loved her sweet smile. im so grateful our daughters where friends. She was a great cook i loved when she had us to dinner with salsbury steAK and green beans so yummy. , i will miss my friend . sure love you Joyce and Bruce
Comment Share
Share via: 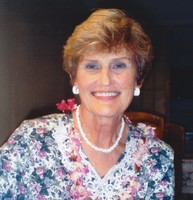 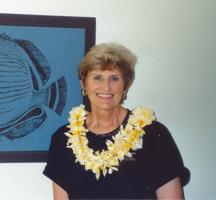 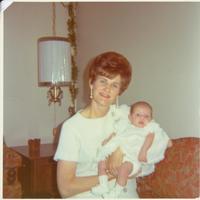 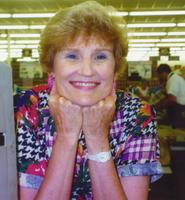