To share your memory on the wall of Judith Chaston, sign in using one of the following options:

On 7th of November, 1950 in Edmonton Alberta Canada a baby girl was born to Fay Jensen Law and Marion Albert Law. They named her Judith Fay Law. She spent her youth living in Southern California for a few years and... Read More
Judith Fay Law Chaston

On 7th of November, 1950 in Edmonton Alberta Canada a baby girl was born to Fay Jensen Law and Marion Albert Law. They named her Judith Fay Law. She spent her youth living in Southern California for a few years and then moving back to Canada. In 1968, she graduated from Senator Patrick Burns High School in Calgary Alberta. She spent her summers working at the Calgary Stampede and as a clerk at a trucking company.

In 1968 she moved to Provo, Utah and attended BYU. She met Larry Chaston and they got married and started a family. They eventually had 6 children and 17 grandchildren. Judy was always active. Judy has run white water rafting in Utah, Colorado, Arkansas, Arizona and Thailand. She has snorkeled around the world including Hawaii, Florida, Caribbean, Thailand, and Australia. Judy scuba dived on the Great Barrier Reef off northeast Queensland. She flew in a hot air balloon and skydived with a parachute. She enjoyed traveling and rode on a motorcycle from Boston up to Montreal, Canada across to the great lakes to Sault Ste Marie across the bridge and back to Orem, Utah.

Judy loved people and enjoyed performing humanitarian aid. She made quilts and homemade chocolates. She was active in the Church of Jesus Christ of Latter-day Saints.

In 1983, Judy graduated with a Bachelor of Science Degree from what is now Southern Utah University. While a student she helped make and sew costumes for the Utah Shakespeare Festival. She majored in Home Economics and minored in Building Construction. Her senior project she wrote a book on how to build a solar home in Southern Utah. When she built her home in 2009, the Washington County building inspector told her they had a book that might help her. When he showed her the book she said look who wrote it. The inspector was quite impressed when he saw that she was the author. Judy designed and built two solar homes for her family; one in Orem, Utah in 1984 and then another in Brookside, Utah in 2009. On both homes she designed, was the general contractor and foreman and performed work herself on the homes.

In 2001, when her husband was ordered into combat in Afghanistan, Judy was asked by the Special Forces Group Commander to handle family support of the 160 wives, girlfriends and mothers across 10 states of the soldiers in the Army Special Forces Unit (Green Beret) which her husband was the Sergeant Major. In 2003 when additional units were sent they based the family support program on her design and hired several of the women she trained.

Consider providing a gift of comfort for the family of Judith Chaston by sending flowers.

We encourage you to share your most beloved memories of Judith here, so that the family and other loved ones can always see it. You can upload cherished photographs, or share your favorite stories, and can even comment on those shared by others. 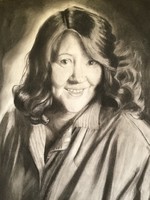