To share your memory on the wall of Junius Bennion, sign in using one of the following options:

Print
TO WATCH THE WEBCAST PLEASE CLICK ON THE PHOTOS AND VIDEOS TAB. IF YOU ARE ON A CELL PHONE, SCROLL DOWN.

Junius Leo Bennion, 92, passed away of natural causes on Sunday, August 16, 2020. He was born on July 25, 1928 in Salt Lake City, Utah to Leo and Elva Billings Bennion. In his youth Junius developed a strong work ethic, a commitment to the Lord Jesus Christ, and a love for his family. He was a virtuous, cheerful, and faithful man.

At BYU, Junius met his eternal sweetheart, Bonita Tobler and they married in the St. George Temple in 1952. In 1953 Junius graduated from BYU with a Bachelor of Physics and served 4 years in the US Air Force. Then as a civilian, he worked until 1972 as a missile scientist.

In 1978 he completed a PhD in Instructional Science at BYU and pioneered the use of interactive videodisc technology. He was hired by the David O. McKay Institute of Education at BYU, and later was an independent instructional designer in Provo until his retirement.

Junius served a mission for the Church of Jesus Christ of Latter-day Saints in Western Canada. Years later he and his wife served as missionaries in the Canada Winnipeg Mission. He also served as a bishop and in many ward and stake positions, and cherished the friendships he developed through his service.

Receive notifications about information and event scheduling for Junius

Consider providing a gift of comfort for the family of Junius Bennion by sending flowers.

We encourage you to share your most beloved memories of Junius here, so that the family and other loved ones can always see it. You can upload cherished photographs, or share your favorite stories, and can even comment on those shared by others.

Posted Aug 22, 2020 at 11:59am
Dear Bennion Family,
You are such a great example to so many! What a legacy you created and will leave behind. Our family has been so blessed with Karen in our family! Brother Bennion was always so kind and friendly.
Our hearts go out to you.
Kelly and Holli Oram (related to Richard and Karen Reid)
Comment Share
Share via:
CA

Posted Aug 21, 2020 at 08:47pm
Dear Bonita & family,
We express our condolences to you in the passing of Junius. Although we did not know Junius, Clifford has fond memories of his years as a classmate of Bonita at Woodward & Dixie. Junius, by association, as husband of Bonita, had to be a high caliber person. We would like to have been able to come to the funeral and give you a hug.
Sincerely,
Clifford & Marilyn Alldredge 801 254 1222 clifford.i.alldredge@gmail.com
Comment Share
Share via:
HH

Posted Aug 20, 2020 at 11:54pm
I am sad to hear of Junius's passing. I worked with him when he was a graduate student and for a number of years after as we developed interactive video programs. I always appreciated his quiet, kind manner and friendship. May his love and memory be celebrated by all who knew him in spite of the pandemic keeping us from joining together in a tribute and memorial of his life. May peace be with all his family.
Comment Share
Share via: 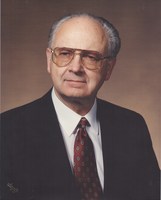 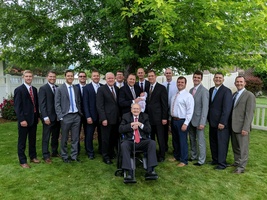