To share your memory on the wall of Karen Page, sign in using one of the following options:

As a young woman, Karen was unsure about having children. She would often joke that she wanted no kids and Jim wanted four, so they compromised by having five. Karen’s children became her greatest joy. She was an involved mother, leading scout troops, organizing arts and crafts, and bringing them on adventures around the country and the world. Karen had more than enough love to go around, and she curated an extended family of strays and misfits throughout her life.

When Karen was 49, she became ill with a debilitating illness that quickly stripped her of her hearing and her ability to walk, among other things. Nevertheless, Karen fought valiantly to stay with her children as long as she could, staving off infection and disease for ten heroic years. She remained joyful and loving to the end, and expressed joy and comfort that she would soon leave her ravaged body for the next and greatest adventure.

Karen was preceded in death by her mother, Marilynn, her father, William, her sister, Victoria, and her husband, James. She is survived by her children, Hannah (Devin) Bell, Esther, Richard, Rebekah, and Jennie, and one granddaughter, Cora Bell, her siblings, sister-in-law, and a collection of cousins, nieces, and nephews.

Receive notifications about information and event scheduling for Karen

Consider providing a gift of comfort for the family of Karen Page by sending flowers.

We encourage you to share your most beloved memories of Karen here, so that the family and other loved ones can always see it. You can upload cherished photographs, or share your favorite stories, and can even comment on those shared by others.

Posted Jun 23, 2020 at 02:41pm
I am so sorry for your loss. Your mother produced some of the brightest, kindest, and fun kids I ever had the honor to teach. May God comfort you and give you strength during this most difficult time.
Comment Share
Share via:
SW

Posted Jun 14, 2020 at 01:36pm
We are sending prayers and love your way. We love all of you! Your mom was a delightful friend. I loved living across the street from her in Laramie and she was always fun to talk with. I loved listening to her teach at church. She was phenomenal. I'm grateful I could watch her funeral and see all of you. Nathan & Michelle Eliason
Comment Share
Share via:
HS

Posted Jun 14, 2020 at 10:28am
I also have a sweet memory of a 4th of July party at their house. Scooter had invited so many of her friends to come to the pool and barbecue. Karen was also happy to see Scooter's friends, happy that so many loved her. 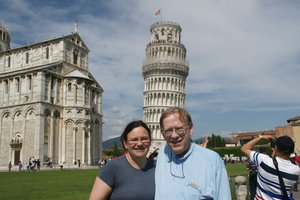 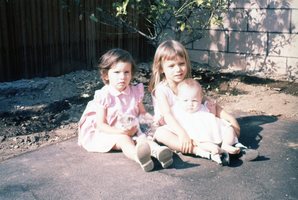