To share your memory on the wall of Karl Smith, sign in using one of the following options:

Print
TO VIEW GRAVESIDE SERVICES CLICK ON "PHOTOS & VIDEOS" TAB ABOVE. IF ON A CELL PHONE SCROLL TO THE BOTTOM.


It is with sorrow that we announce the passing of Karl Stock Smith—husband, father, grandfather, and brother—at 3:21 ... Read More
TO VIEW GRAVESIDE SERVICES CLICK ON "PHOTOS & VIDEOS" TAB ABOVE. IF ON A CELL PHONE SCROLL TO THE BOTTOM.


It is with sorrow that we announce the passing of Karl Stock Smith—husband, father, grandfather, and brother—at 3:21 pm Friday, October 30, 2020—a time and date that were of significance to his family. Karl’s passing was sudden and unexpected and apparently resulted from recent complications of a surgical procedure that he underwent a number of years ago.

It would be an understatement to say that Karl was a most colorful individual who lived life at full throttle. He loved life and he loved people—and they loved him in return. Throughout his life Karl enjoyed an amazing facility to make money, and he was very generous to those about him. Some might suggest that he was too generous, but Karl would disagree. He was always ready to lend a helping hand to those in need. He especially enjoyed treating the waitstaff at restaurants, resorts, and other similar places well. To paraphrase from one of his favorite movies, Karl did not believe in tipping, he believed in over-tipping—frequently leaving more than the cost of the meal as a tip for a waiter or waitress. Over the years, more than several waitresses—struggling to make ends meet—were literally reduced to tears by his generosity. The first time Karl went to a new restaurant, he was treated in a similar fashion to other diners; on subsequent visits he was treated as visiting royalty.

The University of Utah was not the school from which Karl received his college degree, but he was a huge fan and supporter of the Utes. When he moved to Provo, he took delight in displaying a ten-foot red lighted U on game days—especially on days when the Utes and BYU Cougars played. As his neighbors came to know him, they laughed and loved him for it. Karl took special delight in pointing out to his Provo brothers—both BYU alumni—the Utes’ uninterrupted string of football victories over the Cougars in recent years.

Trips to their father’s hometown in Snowflake, Arizona were always a special summer treat for the young Smith boys and their cousins. During one of those visits when Karl was only about five years old, he found and appropriated a bayonet that his Uncle Richard had brought home at the end of World War II. At the time, Karl was so small that the bayonet dragged on the ground when he tied it to his belt. From that beginning, Karl amassed a collection of many thousands of bayonets and for decades he collected and restored what ultimately became the world’s largest single collection of World War II military land vehicles and artillery. He loved our veterans and hosted many gatherings and patriotic programs for veterans and their families at the military museum that he established in Tooele, Utah. For many years Karl also hosted dinner and a Fourth of July celebration at his Tooele museum with fireworks that far exceeded the shows put on by the town and county of Tooele. It was always an exciting time when the firemen and equipment hired from the town raced around to extinguish any fires ignited by these fireworks.

Karl was born in Red Bank, New Jersey on June 13, 1947 after his mother and older brother had traveled there to be with her parents, having left a marriage that was not successful. There, she met Asahel Henry Smith Jr. who was serving in the Eastern States Mission of the Church of Jesus Christ of Latter-day Saints. After his mission he courted Karl’s mother and they married. Subsequently Henry adopted both Karl and Richard as his own. Karl was very proud of his adoptive heritage and was close to, and greatly admired by, the large Smith clan. In recent years, Karl and Wendy sponsored a number of reunions of Smith cousins ensuring that financial considerations never precluded anyone from attending. He was much loved by all of his Smith relatives for this and for the man he was.
Karl loved his family, his friends, adrenaline-driven exhilaration on his RZRs, his black ford truck, his Montana ranch and he was always happiest when he had a fresh pack of Camel studs close at hand.

For those of us whom Karl has left, his passing is immensely sad; but we reflect on the reunion he is enjoying with parents, grandparents and other loved ones who preceded him in death. Indeed, some have wondered if perhaps they were having a party to celebrate Karl’s arrival. As one of us who loved and admired him noted, “Wherever he is, Karl IS the party.” We will miss him terribly.

Karl is survived by his wife Wendy, sons Travis, Michael (Emily), Matthew “Chewy” (Amanda), and Henry, grandchildren Tiyanna, Tevyn, Taylin, Ryan, Madalene, Jackson, Kathryn, Lily, Otis, Oscar and Ozzie, and his brothers Richard, Raymond, Kim, Fred and Gregg. One brother, Scott, and one grandchild, Benjamin, preceded him in death. A walk-up viewing will be held at 255 West 3300 North, Provo, Utah, from 2:00 to 5:00 in the afternoon of Thursday, November 5. Those who wish to attend will be asked to walk up the driveway and honor all current mask and social distancing protocols. A private interment will be held Friday morning in Salt Lake City. When it is safe to do so, his family would like to have a large party, with family and friends invited in celebration of his life.
Read Less

Receive notifications about information and event scheduling for Karl

We encourage you to share your most beloved memories of Karl here, so that the family and other loved ones can always see it. You can upload cherished photographs, or share your favorite stories, and can even comment on those shared by others.

Posted Nov 08, 2020 at 10:04pm
A shocking and sad loss. Karl's passion for history, and enthusiasm as a collector surely made him stand out. He was a frequent and generous supporter of the Fort Douglas Military Museum, and just about anything else related to veterans. That support was greatly appreciated by the recipients every bit as much as he enjoyed bestowing it.

May he rest in peace... but he is probably running around meeting old friends and telling them stories.
Thanks, Karl, you will not be forgotten.

I only wish he had been able to receive the history I prepared for a sword he added to his collection before he passed. Never put off til tomorrow....
Comment Share
Share via:
KW

Posted Nov 06, 2020 at 11:45pm
Dear Smith family, I regret that I learned of the passing of Karl too late to pay my respects to you and this great man. He drove me home many evenings after babysitting and was always kind and easy to be around. I'm so sorry for your loss. Your family has meant a great deal to me as I grew up and love the love that was so prevalent in your home. I hope you find peace and comfort in this hard time.
Comment Share
Share via:
SB

Posted Nov 05, 2020 at 07:43pm
Wendy, I am so sorry for your loss. I will always remember how genuinely happy Karl was for me, when I sold my house in California for way more than what it was worth. As he said, “You got the house and ended up with the farm!” He always made me laugh.
I will keep you, your sons and your family in my prayers.
Sue Boyce
Comment Share
Share via:
N

Posted Nov 05, 2020 at 11:39am
Karl has had an impact for good on the lives of many and I have frequently been the beneficiary of his humor, kindness and friendship. His occasional phone call always brightened my day and on several occasions, I referred friends to him as “someone you just have to meet.” I’ve gone broke losing game bets over his damned Utes and had to resort to paying him in bags of pennies. I loved the days I got to be Home Teacher for Karl, Wendy & Henry and will always cherish those memories and many others with the Smiths. “Bigger than life” even in death. RIP dear friend.
Comment Share
Share via:
RH 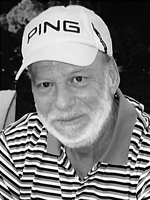 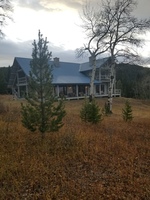