To share your memory on the wall of Kathleen Cline, sign in using one of the following options:

During the summer of 1949 Katie rekindled her friendship with Chuck Cline, whom she had known since first grade in Craig. This friendship developed over the summer and into the following year of school. At that time, Chuck was stationed at Lowry Air Force Base in Denver and Katie was still attending school in Greeley. They enjoyed dinners at Chuck’s grandmother’s house in Loveland, Colorado while their relationship continued to blossom. Katie introduced Chuck to the missionaries of The Church of Jesus Christ of Latter Day Saints and he was baptized a few months later. Chuck proposed to Katie on Christmas Eve of 1950 and after saying “Yes” they attended a celebration party at her parent’s home. This was the beginning of their sweet love story. They were married on August 4, 1951 in Craig, Colorado and later sealed in the Mesa, Arizona Temple.

Katie taught elementary school while Chuck finished his education at BYU. Chuck and Katie welcomed their first of four daughters, Claudia into the world and two years later, Carolyn joined the family. Two more daughters, Janet and Julie, later joined the family. Katie loved being a mother and taught her daughters to be kind to others and never allowed contention in her home. She played the piano beautifully and taught piano lessons for many years. An avid seamstress and quilter, Katie enjoyed sharing her talents with family and friends.

The Clines moved about twenty-seven times during Chuck’s career with Mobil Oil, from California to Connecticut and Texas to Canada. Katie had fun decorating her many homes and creating a haven for her family. As soon as she finished hanging the last set of draperies she had made for each house, she would say, “ Now I know we’ll be transferred soon!” She made sure we took many day trips to learn about the history and culture of each new place we lived.

Katie’s church service included working in the Primary, Young Women’s, Relief Society, and as ward organist many, many times. Many lives were blessed through her quiet service to others. Her valiant example of service is one of her greatest legacies.

Chuck and Katie retired in Alpine, UT where she enjoyed attending a quilting group, studying the wildlife and birds outside her windows, and spending time with her daughters and grandchildren. Her family took first priority and her grandchildren remember trips to the Peppermint Place candy factory, Christmas cookie baking, and hand sewn doll clothes.

Katie was a beautiful and gracious woman who saw the beauty in others and the world around her. She will be greatly missed by all, but we are so happy that she is reunited with her sweetheart and family. We wish to thank all those at Legacy Village of Provo, Valeo Health, and the many BYU/UVU nursing students who helped care for her at the end of her life. She is preceded in death by her husband, Charles Wallace Cline, her parents, sister and two brothers and great granddaughter, Reese Thomas. She is survived by her four daughters; Claudia (Richard) Hutchings of Fallon, Nevada, Carolyn (Robert) Hawks of Riverton, Utah, Janet Cline and Julie (Ty) Mattingly, both of Orem, Utah, 17 grandchildren and 27 great grandchildren.

Receive notifications about information and event scheduling for Kathleen

Consider providing a gift of comfort for the family of Kathleen Cline by sending flowers.

We encourage you to share your most beloved memories of Kathleen here, so that the family and other loved ones can always see it. You can upload cherished photographs, or share your favorite stories, and can even comment on those shared by others. 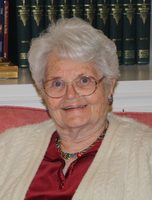