To share your memory on the wall of Keith Lewis, sign in using one of the following options:

Print
TO WATCH THE WEBCAST, PLEASE CLICK ON THE PHOTOS AND VIDEOS TAB. IF YOU ARE ON A CELL PHONE, SCROLL DOWN.

Keith Whitehouse Lewis passed away peacefully on September 3, 2020 with his sweetheart, Pearl, by his side. He valiantly fought T-... Read More
TO WATCH THE WEBCAST, PLEASE CLICK ON THE PHOTOS AND VIDEOS TAB. IF YOU ARE ON A CELL PHONE, SCROLL DOWN.

Keith Whitehouse Lewis passed away peacefully on September 3, 2020 with his sweetheart, Pearl, by his side. He valiantly fought T-Cell Lymphoma for 3 years. He was Born December 18,1947 in Lovell, Wyoming to Croft (Bus) and Evelyn Lewis. Keith lived a life full of service that left an impression on all who knew him.

Keith spent all of his younger years living in Cowley, Wyoming. There he enjoyed the simple things of life and learned hard work. Throughout school he was a popular athlete participating in almost every sport. He excelled in Basketball and was an all-state and an all-region athlete. He played baseball outside of school playing any open position including pitcher and catcher. He was involved with his classmates outside of sports and was in student body government as president in 1966. Keith first met his soon to be wife, Pearl, his senior year while cruising the streets of Powell, Wyoming.

After High School he went to Billings, Montana for a year of school. He returned home and joined the National Guard and served honorably for a 6 year term. Keith and Pearl began dating a year after that first look and courted each other for two years before they were married and sealed for time and eternity in the Idaho Falls Temple August 23rd, 1968. They lived for a time in Powell while going to Community College then moved to Provo, Utah to attend Brigham Young University.

Keith graduated with a Bachelors in Science and began a teaching career in Duchesne, Utah. He found that his heart was not in this as much as he would have hoped and began to focus on carpentry. Through careful self study and On The Job Training, Keith not only learned to be a skilled craftsman in finish work, but became a master of it. He obtained his contractors license and started his own business specializing in finish work, railings and custom mantels. He was awarded for his outstanding finish work more than once through Utah Valley Parade of Homes. Keith's work can be found in homes of extended family in Colorado, Wyoming and Arizona. This was not a way for him to showcase his work but a way for him to serve anyone that called him family. His family was always grateful for this but his Nissan Trucks paid the price exceeding 150 thousand miles before he would consider a new one.

Keith's love to serve was magnified in his many callings in the Church of Jesus Christ of Latter days Saints. He was very well known to be the one who did the little things to cheer others up and never sought credit for this.

Keith treasured his family above all else. He put his wife before himself and cherished her everyday. He would drop anything to be with any of his children and grandchildren. To some of his grandkids he was the best chauffeur, to others he was the morning pancake flipper, but to all he was their biggest fan. He loved to see his kids and grandkids succeed in school, arts, sports, music and in life.

Keith is survived by his wife Pearl, his daughter Stacey (Robert), his son Spencer (Jen), his grandchildren Chase, Eris, Max, Shayla, Bryn, Gavin, and Reese, his brother Nick, and his sisters Lorrraine and Linda. He was preceded in death by his parents, his son Tregen, his twin brother Kim, older brother Ron, his in-laws Carl and Gwen Miller, and many other family and friends.

A viewing will be held Thursday September 10th from 11am to 12:45pm at Nelson Family Mortuary 4780 N University Ave, Provo UT 84604. Funeral services will follow the viewing at 1:00 pm. The service will be live streamed at https://www.nelsonmortuary.com/local-orem-provo-obituaries-nelson-mortuary. The dedication of the grave will follow the services at the Orem Cemetery.
Read Less

Receive notifications about information and event scheduling for Keith

Consider providing a gift of comfort for the family of Keith Lewis by sending flowers.

We encourage you to share your most beloved memories of Keith here, so that the family and other loved ones can always see it. You can upload cherished photographs, or share your favorite stories, and can even comment on those shared by others.

Posted Sep 10, 2020 at 04:12pm
Pearl & Family, We were saddened to hear about Keith's passing. We send our deepest sympathy to you all. It was wonderful to be your neighbor. Keith was a wonderful man. Love, Teri & Mark Bowman
Comment Share
Share via:
LY

Posted Sep 10, 2020 at 02:57pm
Keith was a great friend while I lived in Cowley. We spent many hours playing down in the wash.
Larry Yorgason
Jefferson Ga
Comment Share
Share via: 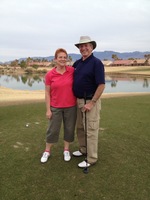 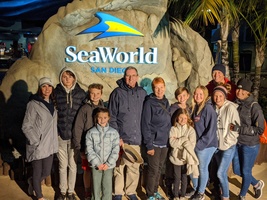 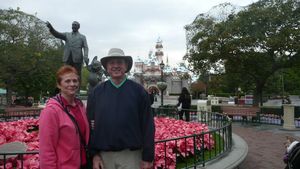