To share your memory on the wall of Kendra Hall, sign in using one of the following options:

Kendra graduated a half-year early from Berkeley High School in 1959 and went to college at Brigham Young University in Provo, Utah, where she had a composite major in Elementary Education/Childhood Development and Family Relations, with a minor in Library Science. She graduated with a Bachelor of Science in 1963. During her time at BYU, while making teaching aids in the Curriculum Lab on campus, she met a handsome lab instructor. After two years of dating, Kendra married John F Hall in the Salt Lake City Temple of the Church of Jesus Christ of Latter-day Saints on August 9, 1963.

Kendra worked at the Brigham Young University Library in the Special Collections Department until the birth of their first child, after which she transitioned to being a full-time mother. Kendra and John are the parents to three children and numerous beloved pets. She served in a number of positions for the Church of Jesus Christ of Latter-day Saints, including Primary President and Ward Librarian, which she thoroughly enjoyed.

Kendra’s love for artistic creation led to her developing skills with needlework, tole painting, bead craft, ceramics, and the great passion of her life—quilting. Kendra became actively involved with the Knotts Group and the Utah Valley Quilt Guild and developed many friends through these groups. She had the opportunity to design pins for the Utah Quilt Guild Annual Meeting in 1996 and again in 2000. Kendra created numerous quilted works of art over the years and always had many more projects planned.

Kendra is survived by her husband, John Hall; her daughter, Lisa Hall Nord; her daughter, Christine (LaMar) Johnson; her son, Steven Hall; and her grandchildren: Dylan, Garrett, Alex, Carter, Sierra, Savannah, Chloe, and Lexi. The family would like to thank everyone for all the prayers, support, and love that have been offered during Kendra’s illness.

Receive notifications about information and event scheduling for Kendra

Consider providing a gift of comfort for the family of Kendra Hall by sending flowers.

We encourage you to share your most beloved memories of Kendra here, so that the family and other loved ones can always see it. You can upload cherished photographs, or share your favorite stories, and can even comment on those shared by others.

Posted Mar 07, 2020 at 11:05am
Sincere condolences to you, John, and your family, on the passing of your wife, Kendra. It is a pain I know well and I send you wishes of peace in the memories you have of sweet years together.
Loreen Major
Comment Share
Share via: 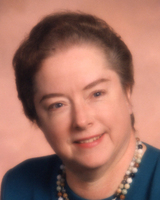