To share your memory on the wall of Landon Marsh, sign in using one of the following options:

Print
TO WATCH WEBCAST CLICK ON "PHOTOS & VIDEOS" TAB: If on a cell phone scroll to the bottom.

Born October 20, 1998 Salt Lake City, Utah – Returned to Heavenly Father May 31, 2020 Orem, Utah
He is survived by his parents, Cody L. (Brenda Bills) Marsh, and Marjorie Beers Marsh; siblings Mickele, Collin, and stepsisters, Rachel “Libby” Quijano Cabrera (Alex), and his grandparents Norman and Nina Beers, Dennis and Virginia Marsh, and Lynn and Karen Bills. He is preceded in death by his sister Kylie, and his stepsister Emily Quijano.

Landon Laine Marsh was an impressive young man. He stood for honor and goodness which began during his scouting years and continued through his life. He was very spiritually minded. He knew he was a son of God and lived to serve him and honor his priesthood. He was a prayerful man and his best friend was his Father in Heaven. He was honest, charitable, moral and valiant.

Consistent with his love of service to his God and to his fellowmen, Landon served an honorable mission for the Church of Jesus Christ of Latter-Day Saints in the Long Beach, California Mission. Following his dad’s footsteps, he enlisted in the Utah Army National Guard in 2018, serving as a cannoneer for “C Battery 1st Battalion 145th Field Artillery. He was proud to serve his country and was a big supporter of first responders.

Landon is deeply respected for his hard work and discipline that allowed him to accomplish some big goal in his life. He could do incredibly hard things. His friends and family respected him for it. He was a goal setter, and with faith, perseverance, humility, and intelligence, he was able to meet his goals and build great character. He loved being a part of the Payson High School Swim team and his hard work and commitment awarded him with several scholarship and achievement awards. He won the hearts of his colleagues and leaders in his swim team and was awarded the Heart of the Lion by his swim team two years in a row for being an incredible example of overcoming hardship, staying the course, and building great friendships with everyone on the team.

Landon had many loves. He loved dogs, especially his dog, Buck, and snakes. If there was a snake around, Landon was good to find it. He loved to prepare for things such as hunts and outings, and he prided himself on being prepared not only for himself, but others as well. At a young age Landon shared a love with his mom of rock hunting. Always prepared, he brought out a bucket and shovel to give her when packing for a camping trip. Landon loved collecting guns. He loved refurbishing things like his guns and his guitar. He taught himself how to play the guitar and was learning some piano. Landon had a passion for learning. He loved facts and he could articulate his facts as if he was reading an encyclopedia. Some facts were so obscure that you would think them to be impossible, but when you looked them up, he was always right. His two favorite topics were military and ballistics. He loved scary movies and No-bake Cookies.

Landon was a favorite with his friends and his family. He was a gentle person and very good with children. He made everyone laugh and added to the happiness and the joviality of our family. He was a great example, and he was a peacemaker. He is mourned by many who love him dearly, especially his brother and sisters whom he had the greatest affection for.

Receive notifications about information and event scheduling for Landon

Consider providing a gift of comfort for the family of Landon Marsh by sending flowers.

We encourage you to share your most beloved memories of Landon here, so that the family and other loved ones can always see it. You can upload cherished photographs, or share your favorite stories, and can even comment on those shared by others.

Posted Jun 10, 2020 at 06:36pm
I always loved when Landon would come over to our house. He was always so kind and respectful.. He was a good friend to my daughter and was one of the few boys I really "trusted" around her. My heart goes out to your family. My heart is hurting for you. Much love. Peggy Lau
Comment Share
Share via:
LS

Posted Jun 10, 2020 at 06:06pm
My dear Marsh & Beers families - our hearts are broken for you, for us, for the world at the loss of sweet Landon. What a wonderful man he was. I know he is having a great big hug with beautiful Kylie - we are missing her amazing smiles. We are so so so very sorry. We are sending extra long and prayers - today and everyday. Rest well Landon, you are loved. God Speed.
Comment Share
Share via: 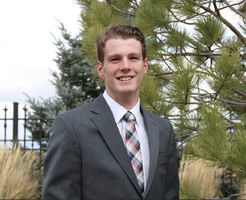