To share your memory on the wall of Leonard Mackay, sign in using one of the following options:

Print
TO WATCH THE WEBCAST OF THE FUNERAL SERVICES PLEASE CLICK ON THE PHOTOS AND VIDEOS TAB FOR THE LINK. IF YOU ARE ON A CELL PHONE, SCROLL DOWN.

Leonard Collins Mackay, age 90, passed away surrounded by family on August 11th, 2020, exactly... Read More
TO WATCH THE WEBCAST OF THE FUNERAL SERVICES PLEASE CLICK ON THE PHOTOS AND VIDEOS TAB FOR THE LINK. IF YOU ARE ON A CELL PHONE, SCROLL DOWN.

Leonard Collins Mackay, age 90, passed away surrounded by family on August 11th, 2020, exactly five months after the passing of his beloved wife of 68 years, Lillie. He was preceded in death by his parents and five siblings. Leonard was born in Roosevelt, Utah on August 10th, 1930 to David Orson Mackay, II and Mary Hannah Collins Mackay. The family moved to Provo where he grew up on the Mackay Family Farm, which was located where the BYU Law School is today. He attended BY High School then transferred to Provo High School, where he lettered in football, basketball, and baseball. Being the youngest in his family, all four of his older brothers served in World War II when he was a teenager. Leonard joined his brother’s efforts when he served in the army during the Korean conflict at Fort Ord, California.

After high school, he attended BYU, where he was a pitcher on BYU’s baseball team. One year into his studies, he was called to serve a mission for the Church of Jesus Christ of Latter-day Saints to the British Mission fulfilling his mother’s sincere desire to have a son serve a mission. Upon returning from his mission, he met his future wife, Lillie, at a winter social. They were married in the St. George Temple on June 19, 1953 and had five beautiful children. He graduated from BYU with a bachelor’s degree in physical education and a master’s degree in Education Administration.

After graduating from BYU, Leonard taught health, P.E., driver’s education, math and English at Provo High School for 19 years where he also coached football, basketball, and baseball. In 1977, he became the Athletic Director at Timpview High School where he worked until he retired in 1990, having taught and coached hundreds of students over 32 years in the Provo School District.

Leonard loved to serve his community. He served on city boards and held many leadership positions in his church. Leonard and Lille served a mission together to Tegucigalpa, Honduras, followed by three consecutive missions in the Provo Utah Mission.

Leonard is survived by their five children: Stanley Glenn Mackay (Pam), Cynthia Dall (Craig), Susan Bramble (Curt), Cheryl Mackay, and Leslie Shull (Andy); 15 grandchildren; and 30 great-grandchildren. He was a man of integrity, loyalty, and faith as well as a connoisseur of cream puffs, apple fritters, ice cream, and old Western movies. Being an avid BYU sports fan, he never missed a BYU football game. He always had a kind word and a twinkle in his eye for everyone he came in contact with, and when his memory began to fail him, he called all of his girls “sweetheart.” He will be dearly missed by all of us, but we find comfort that he has been joyfully reunited with his eternal companion, Lillie.

Leonard touched many people throughout life’s journey. We would like to thank everyone who made his family’s lives better through so many tender mercies. A viewing will be held at Nelson Family Mortuary on Friday August 21st from 6-8:00 PM. Funeral services will be held at the Grandview 9th ward on Saturday August 22nd at 11am. To help promote social distancing, the services will also be live streamed at nelsonmortuary.com.
Read Less

Receive notifications about information and event scheduling for Leonard

Consider providing a gift of comfort for the family of Leonard Mackay by sending flowers.

We encourage you to share your most beloved memories of Leonard here, so that the family and other loved ones can always see it. You can upload cherished photographs, or share your favorite stories, and can even comment on those shared by others.

Posted Aug 23, 2020 at 01:00pm
I had the privilege of living near the Mackay Family for many years, as a young man. During a significant number of those years, we knew Leonard Mackay as not only Coach Mackay, but also as the Bishop of our LDS Ward. He was always kind, dependable and willing to lend a hand or offer a kind word. His patience and ability to work with people of all types was exceptional. Leonard and Lillie are very good people and examples of how we all should be! This very good man will be missed by many.
Comment Share
Share via:
KK

Posted Aug 21, 2020 at 03:01pm
As one of the thousands of students Coach Mackay influenced (driver's ed and sophomore baseball at PHS in '76-77), I have good memories of him. My condolences to the family.
Comment Share
Share via:
RF

Posted Aug 20, 2020 at 10:50am
Coach Mackay also taught at least a little science. He was my physical science teacher at Provo High my sophomore year in 1967-68. I don't remember most of my teachers from back then, but I remember him and h is class. I don't know how much science I remember from his class, but I went on to become a science teacher myself. I remember having a good time in his class and was able to befriend other students in that class that I still remember. He made his class an enjoyable place to be. He was a good man -- A good example. I'd like to be as good as him when I grow up.
Reed Farnsworth
Comment Share
Share via:
GA

I have so many fond memories of Leonard as my coach, colleague, confidant and friend. He was my baseball and football coach at PHS and then we coached football together at PHS and later in life served in the Edgemont 16th Ward bishopric together. In every association he was always a mentor, considerate, fiercely loyal and I knew he could be depended on. He will be forever a great example of how to live life to all who knew him. Gary Ashton PHS Class of 72
GA

I have so many fond memories of Leonard as my coach, colleague, confidant and friend. He was my baseball and football coach at PHS and then we coached football together at PHS and later in life served in the Edgemont 16th Ward bishopric together. In every association he was always a mentor, considerate, fiercely loyal and I knew he could be depended on. He will be forever a great example of how to live life to all who knew him. Gary Ashton PHS Class of 72 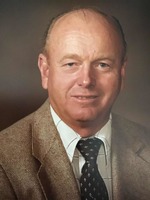 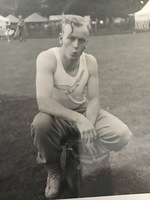 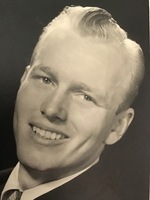 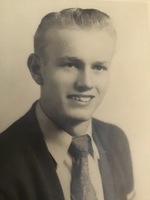