To share your memory on the wall of Paul Anderson, sign in using one of the following options:

Paul was born on December 31, 1942 in Ogden, Utah, one week after his father reported for draft duty to Europe to fight in World War II. Paul’s family moved to Bountiful, Utah when Paul was 15, and Paul graduated with honors from Bountiful High School in 1961. Because Paul grew up with modest means, he worked long hours to pay his way through college at the University of Utah, where he graduated magna cum laude with a B.S. in Electrical Engineering in 1967. Paul pursued post-graduate work by earning an M.S. in Electrical Engineering from Stanford University in 1969 and an MBA from the University of Utah in 1972.

Paul moved to Silicon Valley California for work, where he spent the next 27 years. Paul met his wife Nancy in Palo Alto, and married her in 1974, where they were sealed in the Oakland LDS temple. He worked for several high tech companies in the Bay Area until founding his own company -- Robotrol Corporation -- in the early 1980s, which specialized in making data-acquisition products (converts analog signals into digital bits) for industrial applications, where Paul spent the rest of his career. Paul grew Robotrol Corp into a successful enterprise, and was proud that his products were used in semiconductor manufacturing equipment, to test consumer batteries on the production line, and in NASA underwater exploration vehicles. Paul had the good fortune to employ his family in the business, where he taught his children the value of industry and hard work.

Paul moved back to Utah in 1999, settling in the Mapleton area, where he spent the remainder of his life. Paul enjoyed spending time with his grand children, which brought quiet joy to his life. Paul enjoyed genealogy, reading, folk and bluegrass music, nature, solitude, and wide open spaces. Whenever he was asked what he wanted for Christmas or his birthday, he would say “obedient children” and then would clarify that he “never got them.”

Paul will be interred in the Mapleton City Cemetery on April 18, 2020
Read Less

Receive notifications about information and event scheduling for Paul Anderson

Consider providing a gift of comfort for the family of Paul Anderson by sending flowers.

We encourage you to share your most beloved memories of Paul Anderson here, so that the family and other loved ones can always see it. You can upload cherished photographs, or share your favorite stories, and can even comment on those shared by others.

Posted Apr 18, 2020 at 11:27am
We just wanting to let you know that we are thinking about you, Nancy, Erik, Emily and David and your families. Paul will be remembered in our hearts 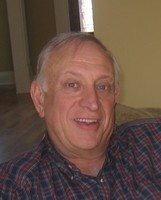