To share your memory on the wall of Lois Morgan, sign in using one of the following options:

She was married on February 2, 1951 to Dr. Robert Leland Morgan, her high school sweetheart who, at the time, was a medical student at the University of Southern California. Lois worked as a nurse in Los Angeles while Bob finished his medical training. She and Bob raised their family in Paradise, California. They also lived in Chico, California, on a walnut orchard in Durham, California and eventually retired to Rocklin, California and Midway, Utah.

Lois was preceded in death by her parents, her siblings, and her eldest son, Paul Andrew Morgan.
Lois is survived by her husband of 69 years and five of her children. They and their spouses include Christopher B. and Stephanie Thomas Morgan, Richard B. and Leona Gima Morgan, Craig B. and Cinda Burton Morgan, Diedre Morgan and Mark N. Roberts, Pamela Morgan and Adam J. Alexander.
The children are guiding her grandchildren: Andrew, Ian, Eric, Alexander, Connor, Drew, Cage, Kimberly, James, Bradley, Marissa, Bryce, Landon, Kiera, Nolan, Jenner, Matilda, Sage, Quinn, Eden, Summer and Grace. And on to the next generation of great-grandchildren: Carson, Caitlin, Owen, Rhett, Emma, June, Bridge, Scarlett, Bradford, Greyson, Jaky and Aaliyah.

Lois was a devoted member of the Church of Jesus Christ of Latter-day Saints, giving generously of her time to church service. Lois held numerous leadership callings, including Primary President, Ward and Stake Relief Society President, but her most favorite was in the Nursery, where she would pop popcorn on Fast Sunday and let the smell waft down the hallway of the church building. In her senior years, she and Bob were called to be missionaries in the California Roseville Mission office, a calling they thoroughly enjoyed. Lois also spearheaded the Humanitarian Day in the Rocklin California Stake, where ladies and youth happily came together and sewed and tied numerous quilts for those in need. She could often be found at home knitting leper bandages or NICU hats and booties or beautiful hand-knit sweaters for children in Romania, all while listening to books on tape. She had a true zest for both learning and doing.

Lois loved to travel and ski all over the world. She belonged to the Ski Bees Group for 35 years, retiring from skiing at the age of 82.

Lois was practical, prudent, thrifty, talented, and possessed a ‘can-do” attitude. Anyone who visited her home would be blessed with an artfully prepared, nutritious, gourmet meal, beautifully presented, along with garnishes and heated and chilled dinnerware. Her home reflected her gift for interior design and creativity. Lois was an excellent seamstress and loved nature, flowers and gardening. She valued education and continued learning by taking classes at Chico State University in Japanese and floral design. Lois was obedient, faithful, trustworthy, and a very good friend. She spent many hours with her best friend and sister Fae playing marathon scrabble games (some known to last a week) and visiting with each other.

As with everything she did in life, Lois showed us how to endure to the end elegantly and gracefully.
May you rest in peace, wife, mother, grand, and great.

Receive notifications about information and event scheduling for Lois

Consider providing a gift of comfort for the family of Lois Morgan by sending flowers.

We encourage you to share your most beloved memories of Lois here, so that the family and other loved ones can always see it. You can upload cherished photographs, or share your favorite stories, and can even comment on those shared by others.

Posted May 14, 2020 at 01:53pm
I loved visiting with my dear aunt Lois. She was so fun, and knowledgeable. I always felt like I had learned something new after talking with Lois. She was kind and approachable. She made me feel good after spending an afternoon with her. I also look up to her daughters Pam and Diedre and know that they possess many of these same attributes. I will miss Lois and look forward to the day we get to see each other again. I hope we have scrabble in heaven. Lots of love, Laura
Comment Share
Share via:
AS

Posted May 01, 2020 at 10:38am
We love you Pamala Alexander and all of your family! We are thinking of you. Annie and all your friends at LVSS

Posted Apr 29, 2020 at 02:15am
It was a privilege to know Lois these past few years. We spent time together in a small scripture study group and in the Wasatch Book Club.
My condolences to the Morgan family.
Leanne Mayo
Homestead Ward
Comment Share
Share via: 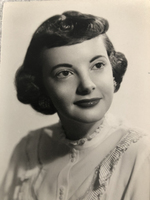