To share your memory on the wall of Marian Sorensen, sign in using one of the following options:

Our beloved wife, mother, grandmother, and great-grandmother returned to Heavenly Father on November 22, 2019. Marian Potter was born January 12, 1935, in Salt Lake City, to Emerson Henry Potter and Ruth Lillian Petersen Potter. Marian and her two sisters, Carole and Margy, and her brother, Gordon, were reared in mining camps in Utah, Nevada, and Idaho. Marian attended Brigham Young University, earning a bachelor’s degree in English. She met Von Loyd Sorensen in June 1957, and the couple were married in the Salt Lake Temple in December 1957. They purchased the Eddie Murphy ranch in Secret Pass, about 40 miles east of Elko, and reared 10 children while raising sheep and cattle.

Marian was a devoted member of The Church of Jesus Christ of Latter-day Saints. She served in numerous Church callings, and she and Von served six full-time missions together, the last one as Temple President and Matron of the Guadalajara Mexico Temple. They then moved to Salt Lake City and served in the Salt Lake Temple before moving to Orem and later to Provo, Utah.

Marian was a gifted speaker and writer, and her love of literature was evident in her talks and writings. For several years, she wrote a weekly newspaper column entitled Wandering Down a Country Lane, which was published in the Wells Progress newspaper. She also chronicled her and Von’s missions, researched and documented family histories, and wrote weekly letters to her children and grandchildren who were away at college or on missions.

Marian’s talents for sewing, cooking, baking, and organizing made her an excellent homemaker. She taught her children to work hard and to excel in their academic pursuits. She also taught her family—by word and by example—to love and serve their Heavenly Father by serving His children.

The funeral will be held Saturday, December 14, 2019, at the Wells Chapel of The Church of Jesus Christ of Latter-day Saints, Wells, Nevada, at 11:00 a.m. A viewing will be held prior to the funeral from 9:30-10:30. In lieu of flowers, please consider a donation to Primary Children’s Medical Center.
Read Less

Consider providing a gift of comfort for the family of Marian Sorensen by sending flowers.

We encourage you to share your most beloved memories of Marian here, so that the family and other loved ones can always see it. You can upload cherished photographs, or share your favorite stories, and can even comment on those shared by others. 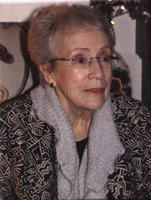