To share your memory on the wall of Marion Bentley, sign in using one of the following options:

In lieu of flowers go enjoy the theatre!
Read Less

Receive notifications about information and event scheduling for Marion

We encourage you to share your most beloved memories of Marion here, so that the family and other loved ones can always see it. You can upload cherished photographs, or share your favorite stories, and can even comment on those shared by others.

Posted Jun 23, 2019 at 08:17pm
Loved growing up with Marion at the helm of the theater program in the then Dixie Jr College down town campus. He was soon to be the husband of my long time friend, DeAnna Hawkins. They lived for a while in a Little Rock house near 700 east and our two sons, the same age, were in pre-school together! Later we were privileged to tour London with Marion & DeAnns and learn just a little of their vast knowledge. Oh the memories!!
Comment Share
Share via:
WF

Posted Jun 23, 2019 at 03:27pm
I remember the play he did and they where special. My thought and prayers go to his family. Remember what he taught you and the fun you had with him.

My parents where Carl and Minnie Grover and they lived in St George, Utah.

Posted Jun 23, 2019 at 12:52am
Dr. Bentley was one of the few professors I never forgot from my college days in the Sixties. In fact, I think I played a small role in getting him moved from single to married status. He was one of the best. Condolences to his family.

Posted Jun 22, 2019 at 02:48pm
I wanted to send a greeting and express my sympathy to you. I have fond memories of Marion, "Brother Bentley" in my childhood memories of Maple Lane. I remember seeing a movie once in which he had a part, and feeling quite impressed that I knew someone so famous. I remember what a delightful smile he had, and that he communicated connection very effectively. I was sad to hear years ago about Shawn's death, and value the thought that they are enjoying a reunion now. I hope you're feeling sustained by one another and those closest to you.

Posted Jun 20, 2019 at 04:12pm
As I was recently working on /editing my late husband's life history ( R.J. Snow), the name of Marion J. Bentley came up multiple times as someone who influenced his life during his years at Dixie College and at the U. of U. Marion was someone he revered, admired and loved very much! Thanks to you, DeAnna, for your kindness and friendship to us over the many years, including our overlapping years at BYU. We consider you 'dear' friends and are only sorry that our paths have not crossed in recent years since R.J.'s death in 2006. We have many fond memories of times together with you -- and always loved your wonderful homemade Christmas treats. Sincere empathy to you and your family. Love, Marilyn M. Snow
Comment Share
Share via: 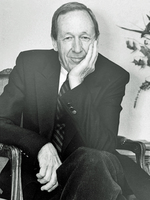