To share your memory on the wall of Mark Richards, sign in using one of the following options:

Print
TO WATCH WEBCASTING CLICK ON "PHOTOS & VIDEOS" TAB ABOVE, IF ON A CELL PHONE SCROLL TO BOTTOM OF PAGE.

Mark Richards, aged 50, died in San Pedro, California on June 9, 2020. Mark was born on July 28, 1969, in Heber City, Utah, to Ernest Lynn Balmforth and Ann Richards Balmforth. He earned his Eagle Scout award when he was 16. He graduated from Timpview High School in 1987, where he played the trumpet in the jazz band and was once compared to Dizzy Gillespie by a judge for his solo performance at a competition. From 1988 to 1990, he served a mission for the Church of Jesus Christ of Latter-day Saints in Taichung, Taiwan. He graduated from Brigham Young University in 1995 with a bachelor’s degree in Electronics Engineering Technology with a minor in Chinese. While at BYU he toured Germany and other locations as a member of the stage crew of the Living Legend’s Performing Group formerly known as the Lamanite Generation.

In his professional life, Mark worked as an Information Technology project manager and applications engineer both domestically and abroad. At his last place of employment, he had the opportunity, as the company’s first full-time field applications engineer, to contribute to the on-site roll-out of critical systems used to save lives in the defense of the United States. He carried out his duties with pride and enthusiasm.

Mark was one of a kind, best compared to the “Pied Piper” because people of all ages gravitated to him wherever he went. At family gatherings, we would find Mark as often as not leading his nieces and nephews in games, dance moves, and puppet plays. He was a consummate, self-taught guitarist, who could make up songs about anyone in the room. It was inevitable that, when Mark was with his family, he would have them all in stitches within minutes.

While an engineer by trade, Mark was an artist at heart, writing songs, reading literature, exploring and observing the world around him, and texting photos and videos of that world to his loved ones. Put otherwise, he preferred a funky beat, Shakespeare, the transcendental poets, his 1200 cc motorcycle, and the company of his close friends and family. His love for American history grew in recent years, and he took the opportunity to visit places like Constitution Hall and Mount Vernon on recent trips to the East Coast.

Mark will be missed by all who knew him, being well and universally loved by his family, friends, and coworkers. Having the rare gift of making everyone with whom he came in contact feel special, Mark left a legacy of music, laughter, and love that everyone who knew him will cherish.

Services will be held on Tuesday, June 30th, 2020 at 11:00 am. We encourage you to watch the graveside services online by clicking on the "Photos and Video" tab above, or if on a cell phone scroll down.
Read Less

Receive notifications about information and event scheduling for Mark

We encourage you to share your most beloved memories of Mark here, so that the family and other loved ones can always see it. You can upload cherished photographs, or share your favorite stories, and can even comment on those shared by others. 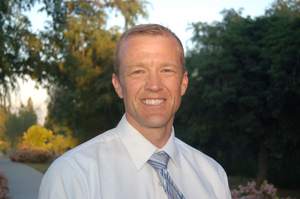 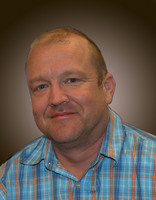 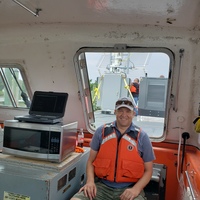