To share your memory on the wall of Mark Walton, sign in using one of the following options:

Print
Mark Alan Walton of Rigby, Idaho and formerly of Provo, Utah ended his seven-year journey with cancer and returned to his heavenly home on August 30, 2020.

Mark was born in Los Angeles, California on March 4, 1955 to Raymond “H” Walt... Read More
Mark Alan Walton of Rigby, Idaho and formerly of Provo, Utah ended his seven-year journey with cancer and returned to his heavenly home on August 30, 2020.

Mark was born in Los Angeles, California on March 4, 1955 to Raymond “H” Walton and Elaine Perkins Walton. As a boy, he had the ideal Saturday job, working as a ticket-taker at the Rose Bowl. He was an avid basketball player in school and was active in Boy Scouting, earning his Eagle Scout and Bronze Palm Awards. He served a full-time mission for the Church of Jesus Christ of Latter-Day Saints in the New York City Mission. He attended Brigham Young University, where he earned a Bachelor of Science degree and an MBA, and where he unexpectedly met his future wife, Susan Balcom, when they jumped in on opposite sides of an argument their roommates were having. Seven months later, Mark and Susan were married in the Manti, Utah Temple.

Mark worked for the Dow Chemical Company for nearly 30 years and was a global expert on plastics packaging. Following his retirement from Dow in 2011, he operated his own consulting business. In 1998, Mark’s life was greatly prolonged by a kidney transplant through the courage and generosity of his cousin, who became his donor. Mark was an advocate for organ donation, and he used well the gift of 22 additional years on the earth. He served in numerous Church callings, both in teaching and in leadership roles. He was a member of the Grandview Ninth Ward in Provo for several years while his wife Susan served on the faculty of the School of Communications at BYU. Mark enjoyed fishing, playing basketball (he was an accomplished three-point shooter), and following BYU basketball and football. He loved hot fudge sundaes, raspberry sherbet, and barbecue potato chips. But his very greatest love was his family.

Mark was “the man behind the woman” for Susan, supporting her through several geographic career relocations and the completion of her Ph.D. while maintaining his own successful career. His unmatched gift for loving others in small yet meaningful ways made him a truly remarkable father to his three daughters and grandfather to his eight grandchildren, as well as to many other nieces, nephews and friends. Mark had an unparalleled ability to look beyond his own needs and desires to meet the needs of others. In the final weeks of his long and painful illness, he personally visited each of his three daughters and their families across three states to make sweet and lasting memories.

Receive notifications about information and event scheduling for Mark

Consider providing a gift of comfort for the family of Mark Walton by sending flowers.

We encourage you to share your most beloved memories of Mark here, so that the family and other loved ones can always see it. You can upload cherished photographs, or share your favorite stories, and can even comment on those shared by others.

Posted Sep 21, 2020 at 04:07pm
My husband and I were blessed to attend the graveside service. We so appreciated hearing remembrances of Mark from his wife and siblings. The comments were all tender; they touched our hearts.
Particularly impressive to us was the faith of Susan. Her comments reflected her love of her husband, as well as her own strength. She is a valiant soul. We were inspired by her.
Glad to be related to such great souls. (second cousins)
Margaret Dayton
Margaret Dayton
Comment Share
Share via: 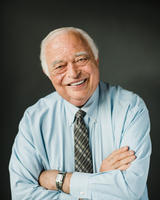