To share your memory on the wall of Jeannine Peterson, sign in using one of the following options:

Provide comfort for the family of Jeannine Peterson with a meaningful gesture of sympathy.

Consider providing a gift of comfort for the family of Jeannine Peterson by sending flowers.

We encourage you to share your most beloved memories of Jeannine Peterson here, so that the family and other loved ones can always see it. You can upload cherished photographs, or share your favorite stories, and can even comment on those shared by others.

Posted Jul 10, 2019 at 03:02pm
Mom, we plant this tree in honor of you, with loving gratitude for the remarkable women you have always been and have taught us to be. You will be forever in our hearts. Love, Trish, Sue and Shel

Posted Jul 04, 2019 at 05:44pm
To the family of Jeannine Peterson,
We are so sorry to hear of the passing of your mom. I (Arlene Miles Tsujimoto) have fond memories of when we were little and she came to visit with dad (Cecil) and play with our cousin Beverly. I remember how dad and mom always loved and cherish those visits. I always thought she was special although she was older and didn't play with me much. Beverly and your mom acted like my protectors the few times they let me hang out with them.
Comment Share
Share via: 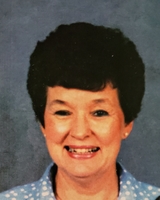