To share your memory on the wall of Myra Condie, sign in using one of the following options:

Provide comfort for the family of Myra Condie with a meaningful gesture of sympathy.

Her life was one of complete faith, dedication, and service to her Lord and Savior Jesus Christ. She was a life-long member of The Church of Jesus Christ of Latter-Day saints and served in many capacities in both Ward and Stake leadership. She had a great love for music and performed in many choirs and other musical roles. She was married to Everett L. Rasmussen in December of 1961. They had 6 children but divorced later in life. She married her best friend and eternal companion, John R. (Jack) Condie, in June of 1988. Together they served in the Montana Billings Mission from 1991 to 1993, where Jack was called to be Mission President. Both of them dearly loved their missionaries, and their experience continued to be a source of joyful memories to the end of their lives.

Myra was intelligent, thoughtful, and inquisitive and excelled in school. She had a natural gift for the English language and a love of great literature. She was an avid reader and served for many years in the Literacy Center. She was also musically gifted and loved to sing, tap, dance, choreograph, and play the ukulele and the piano. She volunteered at her daughter’s high school choreographing the musical “Seven Brides for Seven Brothers.”

She was very health conscious and believed in the benefits of good homegrown, home-cooked food. She loved to can fruit, make homemade whole wheat bread and pancakes, and kept a garden. She believed in food storage and her children delighted in being the benefactors of many homemade goodies from those stores.

Myra was a very positive, friendly, and encouraging person. She would often correct her children with the simple phrase, “Are you building up or tearing down.” She was a builder. She had a kind word for everyone she met. She was a nurturer by nature and a compassionate caregiver to all who knew her. She was a “doer of the word and not a hearer only.” Myra opened her home often to family and friends and many pets. Her children remember delivering food, presents, and packages to many people over the years, even when budgets were tight. She almost always had a smile on her face and a “Robison twinkle” in her eye that made everyone feel happy and accepted.

She was an incredibly devoted mother and grandmother and will remain deeply revered by her children as an example of purity and Christlike unconditional love. She will be deeply missed, but her faith lives on through her posterity. We will meet her again with grateful hearts and open arms in our Father’s mansions above. She had no doubts, and neither do we. Love is eternal, life is eternal, and families are forever.
Myra is survived by her 6 children: Sherrie (Scott) Butler, Kelly (Arlene) Rasmussen, Cindy (Greg) Smith, Tami (Curtis) Olsen, Holly Whiting, Greg (Camie) Rasmussen, and Siblings: Loran Robison, Nola (Steve) Morgan, Patsy Johnson, and Lewis Robison. In addition, she leaves 25 grandchildren and 22 great-grandchildren… and counting.

Funeral services will be held at Nelson Family Mortuary located on 4780 N. University Ave., Provo, Utah on Tuesday, December 31st at 11:00 a.m., preceded by a viewing at 10:00 a.m. Her burial will take place at the Holden Cemetery in Holden, Utah the same day at approximately 2:30 p.m.
Read Less

Receive notifications about information and event scheduling for Myra

Consider providing a gift of comfort for the family of Myra Condie by sending flowers.

We encourage you to share your most beloved memories of Myra here, so that the family and other loved ones can always see it. You can upload cherished photographs, or share your favorite stories, and can even comment on those shared by others.

Posted Jan 05, 2020 at 07:47pm
Condolences to my cousin’s family at the time of her death. May you find peace and joy from your memories of Myra.
Comment Share
Share via: 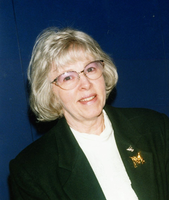