To share your memory on the wall of Naoma Seely, sign in using one of the following options:

Naoma married Rex Dean Seely on December 30, 1949. They later divorced. Together they had three children—Greg, Karen, and DeAnn.

She was a devout member of the Church of Jesus Christ of Latter-day Saints, enthusiastically accepting any calling and going above and beyond to serve and edify. She was everyone’s favorite Primary teacher. A highlight of her life was her mission served at the Washington, D.C., Temple. She loved her Savior, Jesus Christ, with all her heart. Her faith in Him never faltered.

Naoma was a talented seamstress who meticulously made gorgeous clothing for herself, her children, her grandchildren, and even their dolls. In mid-life she took up oil painting, producing breathtakingly beautiful, prize-winning works. Her family cherishes these masterpieces.

Naoma adored her garden and spent many hours there—so many that her neighbors playfully called her “the midnight gardener." Her tiny yard was often described by visitors as the Garden of Eden. Every leaf and petal was precious to her. She mastered patio gardening, producing plentiful tomato crops that she was delighted to share.

She was a whiz at word games, routinely besting her competitors at Words with Friends.

She will be remembered by friends and family for her selflessness, elegance, intelligence, clever wit, patience, meekness, kindness, positivity, and love.

Naoma will be laid to rest at the Provo City Cemetery.
Read Less

Receive notifications about information and event scheduling for Naoma

Consider providing a gift of comfort for the family of Naoma Seely by sending flowers.

We encourage you to share your most beloved memories of Naoma here, so that the family and other loved ones can always see it. You can upload cherished photographs, or share your favorite stories, and can even comment on those shared by others.

Posted Dec 12, 2019 at 03:17pm
Two years ago Aunt Naoma welcomed me into the family with open arms. She always made me smile, laugh and I'd sit in amazement as she told story after story of her childhood. She made me feel like I could accomplish so much if I just had her positive attitude. At our wedding (Clayton and I), we were outside and freezing. I will never forget what she kept saying: "It's an adventure!" Clayton and I use that as our motto when things aren't going as planned. Thank you Aunt Naoma for your love, kindness and beautiful example.
Comment Share
Share via:

Posted Dec 10, 2019 at 03:50pm
I have such sweet memories of Aunt Naoma while growing up. We lived in Ogden, and she and her family resided in Roy. I remember going for visits and she was so kind. She would always offer me a treat to eat, and seemed glad that we were there to visit. I remember her sweet smile and contagious laugh. I loved her positive attitude and outlook on life. I never remember her saying anything negative or speaking unkindly of others. She was so warm and genuine! My mom, Patsy, would always comment on how much she liked Naoma, and would reminisce about their lives as newly married couples, and the fun that Dean, Naoma, Patsy and Kenner had together.
Comment Share
Share via: 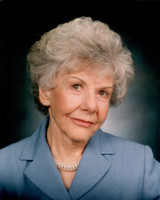