To share your memory on the wall of Lawrence Head, sign in using one of the following options:

Provide comfort for the family of Lawrence Head with a meaningful gesture of sympathy.

Born on August 31, 1929, to Nephi Lawrence and Ireta Cahoon Head in Cardston, Alberta Canada. He was raised in Canada until age 17 when the family moved to the U.S. where he later gained American citizenship. He graduated from Jordan High School after which he served an honorable mission for the Church of Jesus Christ of Latter-day Saints in the Eastern States Mission.

Unbeknownst to him he met the love of his life and danced with her at a dance on a Tennis court in Midvale, UT in 1953. Two years passed and he knew he had to find the girl he danced with. He had to knock on doors in a Midvale neighborhood to find the girl who danced, played the piano and had a father that played the vibraharp. Once he found her again, they married on June 9, 1955 for time and all eternity in the Salt Lake Temple. Their marriage was one of true love and selflessness, as they faced life and loss together, hand in hand. Theirs was a love story for the eternities.

At Brigham Young University he earned a Bachelor of Science in Chemistry. He then served in the United States Airforce, trained as a fighter pilot and received the rank of 1st Lieutenant. He then attended the University of Utah and obtained a PhD in Solid State Physics and Metallurgy. In 1962, they moved to Northern California for his career which included positions at Ampex Corporation, Professor at San Jose State University and as a Development Engineer at IBM from where he retired in 1990.

Upon retirement, he and his wife Dorrine served a mission to the England, Birmingham mission which they truly loved. To the end, he continued to have friends, whom he consider family, visit from England and he looked forward to each visit.

He served diligently and faithfully in multiple callings over the years, but the callings he cherished most were those he could minister to his friends and neighbors, whether assigned to or not. He was always the first to show up at service projects and was the most diligent Home Teacher. Also, even with a growing family, he taught early morning seminary for a number of years and was loved by his students.

Throughout the course of his life, he had a special ability to make everyone he talked to feel like the most important person in the room. He had a genuine love for all people, whether they be his precious friends and family or a passing stranger. He was often heard introducing himself as “Old Nephi, not Nephi of Old,” and telling them that they were “one of the good guys.” He shared his love for the gospel of Jesus Christ constantly to anyone who would listen, and on his final day on the earth, was dressed and ready for church.

Lawrence and Dorrine had three children precede them in death; Jerilyn, Laurine and David.

His family was his heart, and his love for all he came in contact with was endless. His faith in the Lord knew no end. What a joyous reunion he is having with those that have preceded him. We miss you already, but know you are preparing a way for us. We love you.

Consider providing a gift of comfort for the family of Lawrence Head by sending flowers.

We encourage you to share your most beloved memories of Lawrence Head here, so that the family and other loved ones can always see it. You can upload cherished photographs, or share your favorite stories, and can even comment on those shared by others. 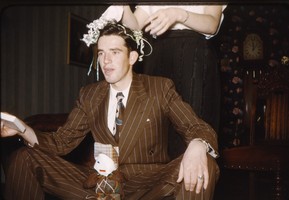 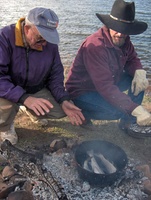