To share your memory on the wall of Patricia Patterson, sign in using one of the following options:

Pat was born on July 23, 1949 in Provo, Utah to William Kenneth and Gwendolyn Whatcott Duncan. She was the youngest of three children. She grew up in Orem, Utah and graduated from Orem High School in 1967. Pat later went on to get her associates degree in business from Provo Technical College.

Pat married Rodney Patterson in 1969. They were later divorced. From this marriage came two of Pat’s greatest blessings, her children, Melissa and Brandon.

Pat worked at different jobs during her life. After retiring from Backman Foundry after 20 years she got a part time job as a dispatcher for Parleys PPM where she was currently employed. Pat enjoyed her position and loved the new friends she had made there.

Pat was a faithful member of the Church of Jesus Christ of Latter-day Saints. She held many callings throughout her life but especially enjoyed her callings in the Relief Society Presidency. She was a great teacher and gave the most amazing lessons.

Pat loved sports. Baseball and football were her favorites. She looked forward to Shark Week every year and enjoyed getting together with her family for BBQ’s, reminiscing and her phone calls with Sherie.

Consider providing a gift of comfort for the family of Patricia Patterson by sending flowers.

We encourage you to share your most beloved memories of Patricia here, so that the family and other loved ones can always see it. You can upload cherished photographs, or share your favorite stories, and can even comment on those shared by others. 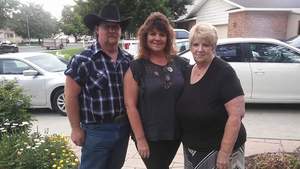