To share your memory on the wall of Paul Cook, sign in using one of the following options:

Paul was born July 31, 1956 in San Jose, CA, as Paul Hansen Stout, to Robert and Gladys Marie Stout. He joined the Church of Jesus Christ of Latter-day Saints in 1973. As a missionary for the church, Paul served for two years in Bogota, Columbia. Prior to marrying his high school sweetheart Carolene Forbes on April 29, 1978 in the Oakland Temple, Paul legally changed his last name to Cook, for his adoptive father, Kevin Oakley Cook. Paul obtained a Bachelor’s Degree from Brigham Young University in Communications and a Master’s Degree in Psychology from California State University, Hayward. He had a successful career in Human Resources Management and worked for many years at Novell. With his work he was able to travel to over 60 countries. Paul also had several entrepreneurial ventures. He was one of the founders of A Child’s Hope Foundation, an organization to help ‘Lift Orphans from Surviving to Thriving’ around the world. Paul served in several positions in the Church of Jesus Christ of Latter-Day Saints as a teacher, Bishop and in a Stake Presidency. Paul and Carolene have seven children and fourteen grandchildren. In his spare time, Paul loved to work in the yard and tinker with anything inside or outside the house. His family loved him dearly and he will be sorely missed.

Paul was preceded in death by his mother Gladys Cook, his biological father Robert Stout, his step-mother Carol Stout, and his grandson Ezra Paul Cook.

In lieu of flowers, the family has asked to please make a donation to A Child’s Hope Foundation at www.achf.org.
Read Less

Consider providing a gift of comfort for the family of Paul Cook by sending flowers.

We encourage you to share your most beloved memories of Paul here, so that the family and other loved ones can always see it. You can upload cherished photographs, or share your favorite stories, and can even comment on those shared by others.

Posted Jan 05, 2020 at 09:42pm
To all of Paul's family, my sincerest condolences to you. I live in Provo now and so wanted to attend the funeral, but illness kept me away. Growing up as a teenager I knew Paul from our sister ward in San Jose. After our missions I was a BYU apartment-mate with Paul for a semester when I roomed with Steve Forbes in his family's 4-plex and Paul and Richard King where roommates in the same apartment. It was fun to see how close they had become as missionary companions. Steve Forbes and Mark Shattuck are good friends and I feel connected with their families which are so connected with Paul's. I would have liked to learn more about Paul's life -- he seems to have had such a good influence on so many. Thank you for his life and legacy.
Comment Share
Share via:
MK

Posted Jan 03, 2020 at 07:37pm
Dear Carolene and family, I'm so sorry for Paul's passing and send my love and prayers. I wish I could be down to the funeral but can't make it down. I love Paul and his great spirit and drive. I'm grateful for his example of selfless service to everyone and especially his vision for orphans. God bless you all.
Mark & Valerie Kendell
Comment Share
Share via:
JA

Posted Jan 03, 2020 at 12:41pm
To Paul: my earliest memory is of you being an extremely crazy driver in San Francisco, possibly the hundreds of times you pulled me behind a boat at Lake Powell, crashing one of your snowmobiles and your response being “I’m just glad no one was hurt,” your sense of humor, your powerful and yet quiet testimony that was shown through your service and kindness to others, finding “the one”, your love you showed to your wife, and your legacy that lives on through your children. Paul was a spiritual guy and I’ll always remember him saying that he felt my mom present during Wade’s wedding. Paul will be missed terribly, but there are many on the other side welcoming him with loving arms. He lived an adventurous, full life! May we know how to best minister to those he’s left behind. #eternalfamilies
Comment Share
Share via:
K

Posted Dec 31, 2019 at 02:11am
Paul Cook was a fine human being and a real inspiration to others. I admired his charity work, his dedication to his church callings and his family, and his great sense of humor. He will be missed by many people.
Comment Share
Share via: 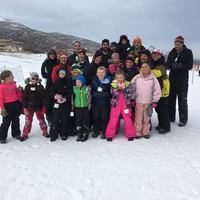 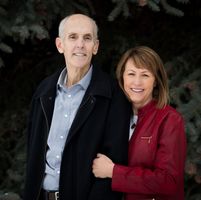 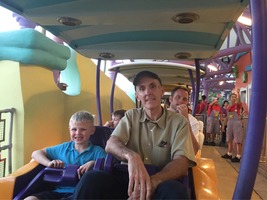 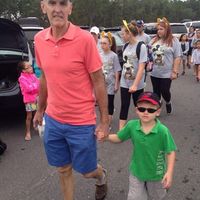