To share your memory on the wall of Paul DeBry, sign in using one of the following options:

Paul grew up in Salt Lake City and Holladay, Utah. He attended Olympus High School where he made many wonderful lifelong friends. He graduated from the University of Utah in Accounting. He was a member their tennis team. He served a mission to Holland and Belgium from 1960 to 1963. He was drafted in the Army in 1966 and served two years, including one year in Vietnam. Paul met Rita Leckie, the love of his life, at BYU while working on a master’s degree in accounting. Sixty days later they married in the Salt Lake Temple. He jokingly complained that they would have been married sooner, but Rita kept dragging her feet. They started their life together in Los Angeles where Paul worked for Deloitte & Touche, a large Certified Public Accounting firm. After a couple of years he and Rita moved to Provo to be closer to family. In Provo he was a partner in the CPA firm of Squire & Co. After about 20 years he left the accounting business to pursue other business ventures, one of which was founding the first company to put genealogical records on the computer. Church and family have always been foremost in Paul’s life. He has served in many callings in the church, including as a bishop on the BYU campus. Paul and Rita served a mission to the Nauvoo Temple where they were ordinance workers. At the time of his death he was an ordinance worker in the Provo Temple. He spent many hours doing genealogical research and performing the temple ordinances for thousands of his ancestors. During his retirement he wrote many books and articles on family and church history. He produced a two hour award winning documentary on DVD about his ancestors, entitled, “The Pratt Brothers-Builders of Zion”. His favorite publication however was a book he titled, “Raising Kids on Cherokee Lane”, the story of he and Rita raising their seven children. One of his great dreams was to invent a time machine so he could go back and be with them again as they grew up. He had such great memories of their time together when they were young.

Funeral services will be held at The Church of Jesus Christ of Latter-day Saints, 3050 N. Mojave Ln, Provo, UT on Saturday, January 18, 2020 at 11 a.m. Friends may call at the Nelson Mortuary, Friday, January 17, from 6 until 8 and at the church on Saturday from 9:30-10:45 a.m. prior to services. Interment, Provo City Cemetery, Provo, Utah following the funeral services.

In lieu of flowers, please donate to a charity of your choice or to The Church of Jesus Christ of Latter-day Saints - Missionary Fund.
Read Less

Consider providing a gift of comfort for the family of Paul DeBry by sending flowers.

We encourage you to share your most beloved memories of Paul here, so that the family and other loved ones can always see it. You can upload cherished photographs, or share your favorite stories, and can even comment on those shared by others.

Posted Jan 18, 2020 at 01:31pm
Dear Rita and family:
Unfortunately I learned too late of Paul's passing and missed his funeral . My association with Paul has been with our serving in the BYU 5th Stake together. What a delight it was to see him relate with those BYU kids. Paul was a joy to be around and he influenced many students in so many positive ways. His smile and twinkle in his eye will not be forgotten.
Janet and I express our deepest sympathy to you and your family. I'm sure he will be missed by myriads of people!
Love, Janet and Niles Herrod
Comment Share
Share via:
D

Posted Jan 17, 2020 at 07:03pm
I have so appreciated Paul's knowledge and positive influence during the nearly 5 years I have served with him on the Friday 2 shift at the Provo Temple. I will miss him and wish his family the very best.
Comment Share
Share via:
CL

Posted Jan 17, 2020 at 05:14pm
I worked with Paul at Banner Blue Software. His vision for uncovering genealogical data coupled with the output of beautiful family histories was pivotal for the company. It also has brought great joy to countless families who have uncovered details about their treasured families. Although we worked in different locations, I remember his visits well. I can still hear his gentle chuckle echoing through the room. What a testament to his nature that he was caring for the needs of others in the morning of the day that he passed on. My condolences to Paul’s family.
Comment Share
Share via:
LM

Posted Jan 17, 2020 at 01:56pm
I was so very sorry to read of Paul’s passing, but grateful that it was peaceful. My association with Paul began in college through my then-fiancé, Mike Mason. They shared so much: the Netherlands mission, business school at the U, tennis, joy in life. We were especially grateful to have reconnected in the years before Mike’s death. Please know of my love for this dear man and my condolences for your family. He truly made a difference in our world.
Comment Share
Share via:

Posted Jan 17, 2020 at 10:42am
Paul and I served together in the Provo Temple for the past 4.5 years. He was my kind, supportive shift supervisor when I first started. I watched him bounce back from West Nile virus with a smile and great resilience. We shared a fondness for sharing magic tricks with our posterity. If I know anything, I have great confidence in Paul’s next step in immortality. He’s likely smiling as he shares his magic with those who seek Jesus. Love you, Paul.
Comment Share
Share via: 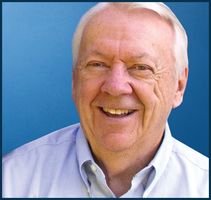 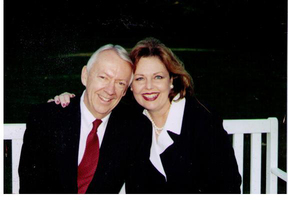 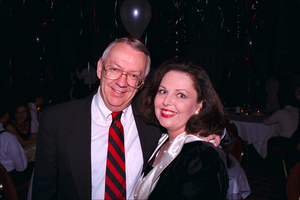