To share your memory on the wall of Pauline Mayberry, sign in using one of the following options:

Provide comfort for the family of Pauline Mayberry with a meaningful gesture of sympathy.

Born April 24th 1960 in Wicklow County, Ireland, passed into the next life on December 12th 2019. She was a ray of light and a source of unconditional love for her children. In addition to caring for her o... Read More
Pauline Caroline Doyle Mayberry

Born April 24th 1960 in Wicklow County, Ireland, passed into the next life on December 12th 2019. She was a ray of light and a source of unconditional love for her children. In addition to caring for her own children, she also cared for and loved many other children. She dedicated her life to her family and all the children around her. She also worked at Walmart, to make ends meet, putting on a smile for others, even when there were no more smiles left in her to give. For those who knew her well, she was the best mother, grandmother, and friend you could have. She is survived by her husband Johnnie Mayberry, her children Kathy Hersh, Melissa Sol, Eoghian Mayberry, Brian Mayberry, Heather Marie Mayberry; their spouses Joshua Hersh, Marlon Sol, Georgia Mayberry, Heather Chadwick Mayberry; her grandchildren McKatie Bliss, Glen Pike, Nikole Chadwick, Autumn Hersh, Charity Hersh, Jarezeth Sol, Axl Sol, Merida Sol, Cora Mayberry, Cain Mayberry; and her great grandchild Riley Gail Williams.
Read Less

Consider providing a gift of comfort for the family of Pauline Mayberry by sending flowers.

We encourage you to share your most beloved memories of Pauline here, so that the family and other loved ones can always see it. You can upload cherished photographs, or share your favorite stories, and can even comment on those shared by others. 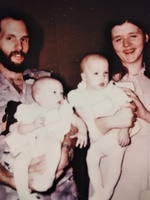 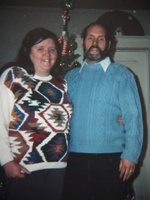 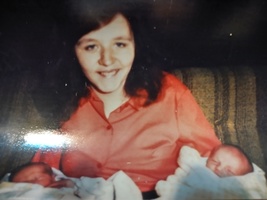 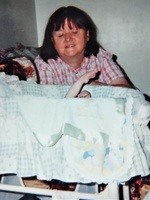