To share your memory on the wall of Peter Wilson, sign in using one of the following options:

We are saddened by the sudden loss of our beloved husband, father, grandfather, great grandfather, brother, uncle, and friend, LTC Peter Kendal Wilson on April 19, 2020, age 72,... Read More
TO WATCH WEBCASTING CLICK ON "PHOTOS AND VIDEOS" TAB ABOVE

We are saddened by the sudden loss of our beloved husband, father, grandfather, great grandfather, brother, uncle, and friend, LTC Peter Kendal Wilson on April 19, 2020, age 72, who passed away at home.

Peter was born in Horden, County Durham, England on September 26, 1947 to Olga Bevan and William Kendal Wilson and was welcomed by his sister Barbara. When he was 6, his family boarded the Empress of Scotland ship and moved to Canada where he spent time in Toronto and Tillsonburg. He loved his years in Canada and spent a lot of time swimming, fishing, playing hockey and working odd jobs. When he was 12, his family took a long road trip and moved to Santa Barbara, California where he quickly became a surf bum. His family joined the Church of Jesus Christ of Latter-Day Saints and moved to Orem, Utah when he was 16. He was an Orem Tiger, loved playing football, and became a US citizen.

Although he was born across the pond, he loved the United States of America. When he graduated, he spent a year at Utah State and then worked in Moab, Utah with the Land Bureau. God interrupted Pete’s plans with a call to serve as a missionary in the British mission. He loved his mission and serving the people. One of his greatest blessings as a missionary was meeting his future bride, Vanessa Lee. When he finished his mission, he came back to England and married his Angel in the London Temple and brought her to America.

His draft number was 18 so he signed up for the National Guard which turned into a 31-year adventure of a lifetime that took him throughout the United States and many parts of the world. He earned the rank of Lieutenant Colonel and many honorable decorations. His favorite part was taking officials on helicopter tours all over the state of Utah. What brought him even more joy was his 6 children, foster children, grandchildren, and great grandchild. He was always up for a tickle fight or a horse ride. He enjoyed gardening, running, biking, hiking, and family road trips. He loved the gospel of Jesus Christ and served many years as a teacher of the youth and primary. He was selfless, kind, funny, loyal, loving, honorable, ticklish, and smart. He loved learning and spent time at BYU as well as finished many continuing education courses with the military and online. He taught classes for the National Guard throughout the United States. He loved God and his country. He wasn’t born in the USA, but he loved her and served her well. He always made sacrifices for his family and put others before himself.

He is survived by his wife Vanessa, his daughters Kate (Darren) Cram, Becky (Aaron) Opp, Beth (Matt) McIntire and Christina (Kade) Opfar, his sons Ken (Alisa) Wilson and Byron Wilson, his 22 grandchildren, 1 great grandchild and his sister Barbara. He was preceded in death by his parents Olga and Bill Wilson, his in-laws Francis and Vera Lee and his grandson Caiden Wilson.

A Covid-19 compliant viewing will be held at Nelson Mortuary in Provo at 4780 N. University Ave. on Friday, April 24th from 5:00pm to 8:00pm. A funeral will be held for immediate family only but will be broadcast live on Saturday, April 25th at 11:00am.
Read Less

Receive notifications about information and event scheduling for Peter

Consider providing a gift of comfort for the family of Peter Wilson by sending flowers.

We encourage you to share your most beloved memories of Peter here, so that the family and other loved ones can always see it. You can upload cherished photographs, or share your favorite stories, and can even comment on those shared by others.

Posted Apr 27, 2020 at 02:13pm
Vanessa & Family, My condolences on the passing of Pete. My thoughts and prayers are with you all. Teri Bowman
Comment Share
Share via:

Posted Apr 27, 2020 at 01:40am
So many of my childhood memories come from the Wilson house. Pete was such an amazing person, I'll never forget the adventures of hiking timp, doing obstacle courses at Camp Williams, or being gently nudged off a rappel tower backwards for what I think someone called an Aussie rappel, the CW pool, or all the stuff we did around the house.
My heart is completely broken for your family, sending you all so much love and many prayers!
xoxo
Ashlee (Barrett)
Comment Share
Share via:
MT

Posted Apr 25, 2020 at 03:08pm
Love you, Wilsons. I was fortunate enough to be able to watch Brother Wilson's service online and it was lovely. Thank you for those lovely memories

Thank you! Hope all is well with you and your family.

Posted Apr 25, 2020 at 12:40pm
There are so many memories of Uncle Peter to share! All of them are positive, sweet stories and this is in itself is a huge tribute to anyone. When we were kids Peter, Vanessa and family would sometimes come see us in California in the summer. Kate was almost the same age as I was and we played together well. We all went to the beach and there was the biggest roughhousing fight you could imagine at the end with all of kids. Pete took us on all on at once. With the littler kids he knew how to play more carefully and with the bigger boys coming at him, he would dose out the roughness just right. I think this memory is particularly important to me because it felt like such a normal family fun moment and also because it was so inclusive. And I was a pre-teen with all my pre-teen worries. I was going to opt out, but he came over to my blanket and scooped me up, throwing me over his shoulder as he headed down to the water with the threat of throwing me in the bracing cold. And I thought to myself, I'm not too big for him to carry. All the awkwardness dissipated and I thought to myself "I must be alright."

It was special that Peter was a tie that endured my parents' divorce, and that all the relationships stayed strong. When I would be in Utah, he might show up at Widowmaker to see my dad or come by to check out a new vehicle or cycle. I knew I could always go to Pete and Vanessa's, and that they would help me if I needed it, and there were a few times when I did, and they received me with warmth and open ears and without judgment.

Food and games are big events that glued cousin time together. From the "bears are out tonight" to fireworks to BBQ and ice cream under the arbor, Peter was there with Vanessa as the key people loving us.

Peter always made time for simple, meaningful moments that made you feel special. These ranged from coming down in a helicopter to St. George for a few hours to see my 3-month old first daughter Lola (picture below), to finding her golden heart locket she lost on the front porch of his house after too many bear chases the night before. Thank you Peter and Vanessa!

Peter, my family and I will miss you. I am grateful for all the beautiful moments. 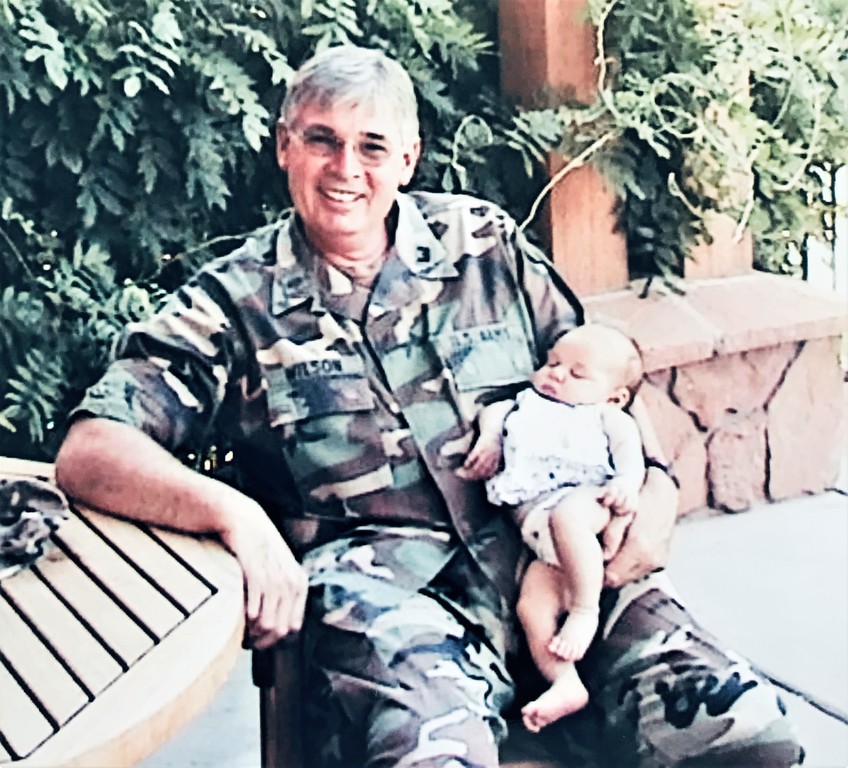 Posted Apr 25, 2020 at 09:32am
We were saddened to hear of the sudden passing of your husband, father, and grandfather. The circumstances of this pandemic are undoubtedly making it much more difficult for the family to deal with closure, since many people won't show up to personally to express their sorrow and support as you grieve the loss. We are among those who won't be able to come personally, but please know that our hearts, thoughts, emotions, love, and prayers are with you. May you all find comfort in these words from D&C 42:45-46. "Thou shalt live together in love, insomuch that thou shalt weep for the loss of them that die . . .. And it shall come to pass that those that die in me shall not taste of death, for it shall be sweet unto them;"
Comment Share
Share via: 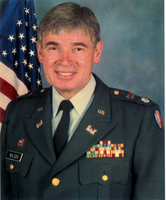 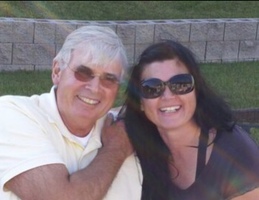 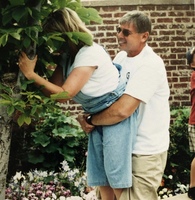